Deals of the day: Mergers and acquisitions

Deals of the day: Mergers and acquisitions 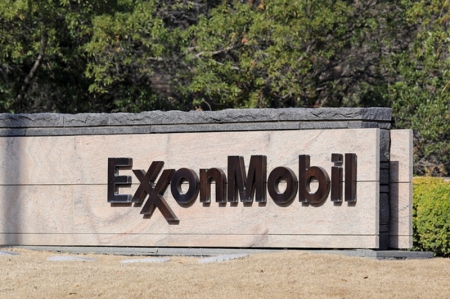 Nov 21 (Reuters) - The following bids, mergers, acquisitions and disposals were reported by 2100 GMT on Thursday:

** Exxon Mobil (NYSE:XOM) XOM.N plans to sell up to $25 billion of oil and gas fields in Europe, Asia and Africa in its biggest asset sales in decades, seeking to free up cash to focus on a handful of mega-projects, according to three banking sources.

Xerox Corp (NYSE:XRX) XRX.N threatened to take its $33.5 billion buyout bid for HP Inc (NYSE:HPQ) HPQ.N hostile, if the personal computer maker did not agree to a "friendly" discussion and open its books before Nov. 25.

Consumer goods giants Unilever ULVR.L and Henkel HNKG_p.DE and a series of buyout funds including Advent and Cinven are talking to U.S. cosmetics maker Coty COTY.N to submit bids for some of its most popular beauty brands, three sources told Reuters.

Fiat Chrysler FCHA.MI brushed off a shock lawsuit from General Motors (NYSE:GM) GM.N and said it was confident of reaching a binding merger deal with Peugeot owner PSA Group by the end of this year to create the world's fourth-largest carmaker.

A consortium seeking to buy German wholesaler Metro's B4B.DE Real Hypermarkets has beefed up its offer, property investor X+Bricks, one of the bidders in the group, said.

Charles Schwab (NYSE:SCHW) Corp SCHW.N , the largest discount broker in the U.S. financial world, is in talks to buy rival TD Ameritrade AMTD.O , CNBC reported, as profits in the industry come under pressure from a shift to zero commission.

Russian children's retailer Detsky Mir DSKY.MM has increased the number of shares on offer in its secondary public offering (SPO) to 175 million and is set to raise around $250 million, a source close to the placement said.

Sanofi SASY.PA is considering a joint venture or outright sale among options for its consumer healthcare unit, sources told Reuters, as the French drugmaker prepares to present a new strategic plan next month.

French luxury group LVMH LVMH.PA has persuaded U.S. jewelry chain Tiffany & Co (NYSE:TIF) TIF.N to provide it with confidential due diligence after it raised its bid to close to $16 billion, people familiar with the matter said.

Payment processor PayPal Holdings Inc PYPL.O said it would buy privately held shopping and rewards platform Honey Science Corp for about $4 billion. Russia's Gazprom GAZP.MM, the world's largest gas producer, said it was selling 3.6% of its shares in a second offering this year, completing the sale of its so-called quasi-treasury shares.

Online classifieds business Carousell said it has agreed to merge with a subsidiary of Norwegian telecoms firm Telenor Group TEL.OL, valuing the combined company at more than $850 million.

Canada's Teck Resources Ltd TECKb.TO has hired Barclays BARC.L to sell all of its 80% stake in its Zafranal copper asset in Peru, as the diversified miner accelerates efforts to exit advanced projects and focus on its massive Chilean expansion, two banking sources told Reuters.