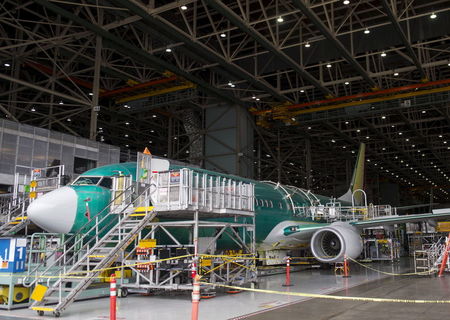 (Bloomberg) -- It’s still too early to sound an alarm about the health of the aerospace industry, but one key indicator is blinking yellow.

Slowing jetliner sales at Boeing (NYSE:BA) Co. have sent its book-to-bill ratio, a measure of demand, plunging to levels not seen since the 2009 recession. Investors will be looking for insights into the outlook for commercial aircraft on Wednesday morning, when Boeing Chief Executive Officer Dennis Muilenburg makes his first public comments since the company reported second-quarter earnings in July.

The Chicago-based planemaker netted negative 85 aircraft orders this year through Aug. 31, as airline bankruptcies overseas wiped out sales gains and the worldwide grounding of its 737 Max in March was an added drag. The company delivered 276 aircraft over that stretch for a book-to-bill of -0.31, the first time that ratio has been negative in a decade.

Companies like to keep the measure at around one to replace the backlog they’re shipping to customers.

Boeing’s slump while its best-selling 737 model is sidelined is hardly surprising. Moreover, the ratio matters less for the company right now since it booked $474.3 billion in orders earlier this decade amid the largest sales boom in aerospace history -- a backlog that equates to about seven years of production.

“If the results were just Max-related, you’d expect Airbus to be doing better, and they’re not,” said George Ferguson, an analyst with Bloomberg Intelligence. “It’s a sign of the times.”

(Updates with shares in last paragraph.) 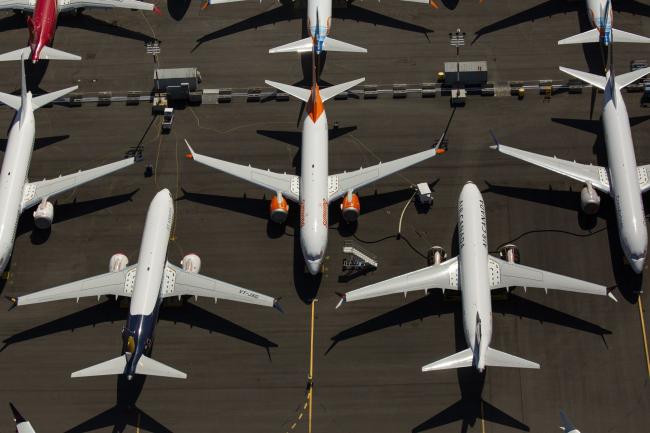