U.S. Producer Prices Fall From Year Ago by Most Since 2015

U.S. Producer Prices Fall From Year Ago by Most Since 2015 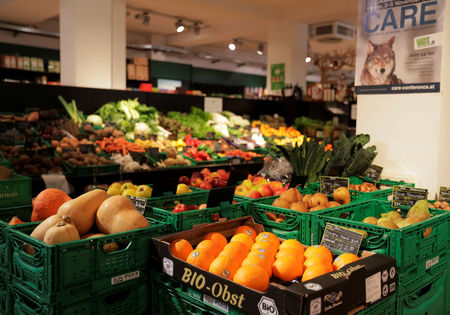 (Bloomberg) -- Prices paid to U.S. producers declined in April from a year earlier by the most since 2015, reflecting falling energy costs and signaling waning inflation pressures as the coronavirus curtailed demand.

The producer-price index dropped 1.2% after a 0.7% increase in the year through March, Labor Department figures showed Wednesday. Compared with the prior month, the PPI decreased 1.3% in April, the most in data back to 2009.

So-called core prices, which exclude food and energy, increased 0.6% in the year ended in April, the smallest annual gain since the end of 2015. Core costs fell 0.3% from a month earlier.

Diminishing price pressures along the production pipeline, due to weak global demand and slumping domestic sales as a result of efforts to contain the pandemic, will help limit inflation at the consumer level. A report Tuesday showed the core consumer-price index declined in April from the prior month by the most in records back to 1957.

The cost of goods fell 3.3% from a month earlier, the biggest decrease in data back to 2009. Two-thirds of the slide in goods prices reflected an almost 57% slump in gasoline, the largest decline in records back to February 1947.

Producer prices excluding food, energy, and trade services -- a measure preferred by economists because it strips out the most volatile components -- fell 0.9% from the prior month and 0.3% from a year earlier.