What to Watch in Commodities: Winners and Losers in Second Half

What to Watch in Commodities: Winners and Losers in Second Half 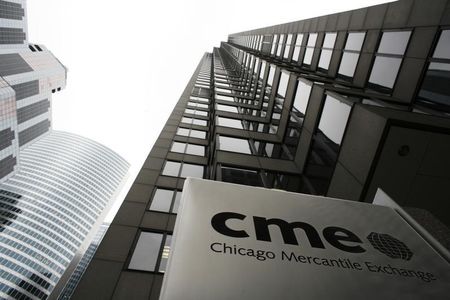 (Bloomberg) -- After taking a knock last year, raw materials had a mixed first half, with a gauge of spot prices climbing about 7% even as the U.S.-China trade war rumbled on and macro-economic data pointed to a slowdown. Crude rose as OPEC and Russia pressed on with output curbs, iron ore took off after a supply hit, and gold had an upswing. Bad weather has roiled major crops.

As the second half gets under way in earnest, What to Watch offers a guide to prospects through to the year-end for main commodities including oil, gas, gold, iron and copper. Outlooks for wheat, corn and soybeans are also weighed, plus ship fuel as new rules on lower-sulfur content are set to kick in.

Some of the main drivers in the months to come will carry over from the first half, especially the trade dust-up between Washington and Beijing. That prolonged fight could now bleed into currency policy. Central-bank easing, including potential rate cuts from the Federal Reserve, will also be a significant theme, and there’ll be key testimony this week from Chairman Jerome Powell. U.S.-Iranian tensions are likely to escalate, too. So what’s in store?

Oil endured a roller-coaster ride in the first half as investors navigated concerns about demand, the impact of rising U.S. production, tighter sanctions on Iranian exports, and targeted cutbacks by OPEC and allies including Russia. After climbing as high as $75 a barrel in late April, Brent futures ended June at about $67, up 24%, to post the strongest first-half performance since 2016.

OPEC and its backers agreed on July 2 to prolong the cuts into early 2020, and the extent of compliance will play a major role in crude’s performance over the rest of 2019. Progress in U.S.-China trade talks, if any, may be an even bigger factor, affecting how investors view consumption. But it’s Iran that could be the ultimate wildcard, with the OPEC member threatening to disrupt shipments in the Persian Gulf as the Trump administration tightens sanctions. The median analyst forecast calls for $70-a-barrel Brent in the fourth quarter.

Gold bulls have plenty to cheer as prices closed the first half near a six-year high. With growth concerns taking center stage, central banks are turning more dovish. Prospects for lower rates and fresh stimulus suggest the rally still has room to run, even as a stronger-than-expected U.S. jobs report on Friday took some steam out of the rally. The outlook has aided miners including Barrick Gold Corp. and Newmont Goldcorp Corp. in a rapidly consolidating industry.

Adding to gold’s upswing are trade and geopolitical tensions, which have invigorated demand for havens and fed inflows into bullion-backed exchange-traded funds. Unless there’s a definite resolution to the U.S.-China trade conflict and the complex standoff over Iran, these risks will support further gains. Goldman Sachs Group Inc (NYSE:GS). has raised its 12-month forecast to $1,475 an ounce from $1,425. Spot prices were last at about $1,405, up 9.5% this year.

After a strong start to 2019 fueled by expectations for robust demand and tight mine supply, copper has sputtered, barely managing to eke out a gain in the first six months. The metal has slid about 11% from a nine-month high reached in April as concerns over the impact of the U.S.-China trade war and the prospect of slowing global economies deterred investors.

Bulls are counting on resilient demand to bring supply concerns back to the fore. Copper use is expected to top production by 189,000 metric tons this year, according to the International Copper Study Group. Codelco, the world’s largest miner of the metal, said last month Chinese demand remains solid and the recent rout wasn’t justified. Goldman Sachs expects China grid investment, housing completions and potential infrastructure stimulus to help boost prices in six months to $6,700 a ton, 12% higher than at the end of June.

Iron ore was the standout winner among commodities in the first half as benchmark prices soared more than 60% to the highest since 2014. The rally was driven by tighter supplies from Brazil and Australia coupled with roaring Chinese demand, benefiting miners including Rio Tinto (LON:RIO) Group and BHP Group. All grades of ore have surged, although spreads have narrowed.

After such a jump, this half may be trickier territory for bulls. Supplies may recover some ground, especially from Brazil, and investors will track port holdings in China for signs the drawdown has run its course. Most market watchers now expect prices to ease. Among them, Morgan Stanley (NYSE:MS) predicts a fall to $90 a ton in the fourth quarter as part of Vale SA’s halted supply restarts, China’s output rises and demand slows. After futures sank on Friday as China’s top steel group said gains were overdone, they’re now rebounding.

Wheat’s had a tumultuous first half, sinking to a 15-month low in May before a rally in corn helped the grain make up its losses. Crops are now being harvested across many of the major exporters and signs point to bulging bins in the coming months, with Russia forecast to keep its rank as the top shipper.

Still, wheat prices could get a fresh boost if U.S. flooding drags on and hampers the rival corn crop. The two grains vie for use in livestock feed rations, which could give wheat a fresh demand boost if corn supply dwindles. Rabobank Group pegs Chicago wheat futures at $5.35 a bushel in the fourth quarter, slightly higher than current prices.

For soybeans and corn, the first half was all about disruptions. The U.S.-China trade war lingered over the market. Tariff fears intensified as President Donald Trump’s threats to tax Mexican goods spurred promises of retaliation. But while those tensions eased, the weather kept getting worse for Midwest farmers, with condition ratings for both crops at the lowest since 2012. The relentless rain fired up the corn market, with futures surging 18% in May alone.

Soybeans also got a weather boost, albeit less than corn. With plantings under threat, oilseed prices regained some of their trade-war losses and funds backed away from bearish wagers. The sad state of affairs in U.S. crops will be on display, with the government scheduled to update conditions, release export inspections and deliver a monthly supply and demand report that will predict how the planting woes will affect exports and domestic use. On Thursday, closely held agribusiness giant Cargill Inc. will tell investors how it has been navigating the American spring deluge and trade war with China.

Natural gas bulls are hoping for a little help from the weather gods after a first half that saw prices crash globally as a flood of liquefied cargoes hit the market. Asia and Europe saw prices plummet about 50%, while they sank more than 20% in the U.S. The main culprit is new plants in Australia and U.S., led by Royal Dutch Shell (LON:RDSa) Plc’s offshore Prelude project, boosting supply faster than demand can catch up. As storage tanks in the top buyers in Asia began to fill, cargoes were re-routed to Europe until it, too, reached glut status.

The oversupply has driven prices so low that the new LNG plants in the U.S. may have to temporarily stop producing this half until winter weather revives demand. If that doesn’t happen, though, things could be even worse next year, Citigroup Inc (NYSE:C). analysts including Anthony Yuen said last month. “A mild 2019-2020 winter could be disastrous for global gas pricing in 2020,” they warned.

Next year marks the start of rules on ship fuel designed to drastically cut down emissions of sulfur, and this half will be dominated by preparations for the sweeping change by shipowners, ports and producers. The upgrade requires refineries to churn out completely new fuels that will start being heavily used for the first time on a global scale in the fourth quarter as owners get ready.

Counter-intuitively perhaps, until early June prices for the kinds of supplies used in most parts of the world today (that will mostly be prohibited) actually rose compared with the fuel that will allow owners to comply. That was in large part driven by lower output of heavier crudes from the likes of Venezuela -- depriving refineries of supplies that they process to make heavy bunker fuel for ships. More recently though, premiums for the lower-sulfur product have begun rebounding, and it’s the spread between compliant and non-compliant grades that’s set to become more important over the rest of the year.