Incredible scenes in the Palladium market on Friday with a massive squeeze overshadowing continued anaemic price action on precious metals and crude oil.

Crude paused for breath on Friday after a tumultuous week, with both Brent and WTI closing 20 cents higher, even as the Baker Hughes Rig Count showed its mandatory rise by another 11 rigs to 927.

Over the weekend. both the Saudi and Russian energy ministers stated they saw no need to revisit the size of the cuts from the OPEC/Non-OPEC production deal. The Saudis also went so far as to say the surge in inventories was transitory and that the data should start to see a clear run down sooner rather than later. Hopefully much sooner from OPEC’s point of view, one would think.

It has given both crude contracts a positive start this morning with Brent spot trading 48.25 and WTI spot 45.95. 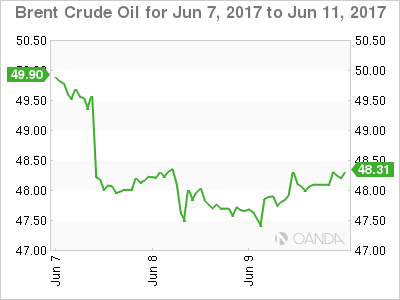 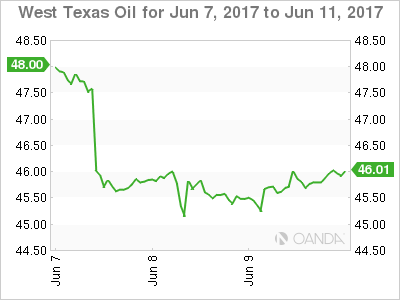 The weak price action in gold continued into the week's end with Friday marking the 3rd consecutive lower close of the week. The expected weekend risk hedging did not materialize, with gold closing around its lows at 1266.25.

With the U.K. event risk successfully negotiated, it would appear the market is putting more emphasis on this week’s FOMC rate hike, with the Street having priced this as an almost 100% certainty. The key to gold’s performance will be the updated Summary of Economic Projections and the long run equilibrium of unemployment. The market will be anxiously watching to see if the Federal Reserve has become more dovish in its outlook. It should support gold, although if the Fed stays on its weaker data, its transitory track; this will likely weigh on the yellow metal. 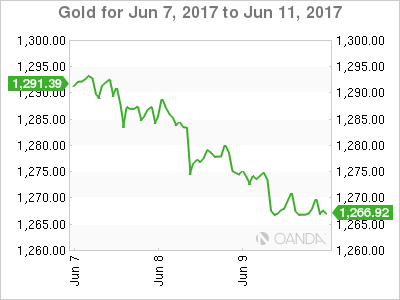 Silver has continued its negative price action, having led gold lower last week. It is trading at 17.1600 in Asia with the important 17.0000 psychological support in sight. A break of this level could see more stop-losses come to the market. 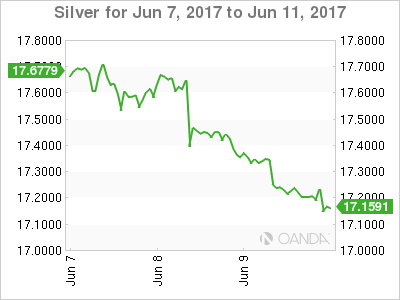 The emotional scenes play to Palladium’s industrial uses rather than as a pure precious metal play. The futures curve has moved into an aggressive backwardation, meaning that the spot price is much higher than the futures prices. It implies that supplies for immediate delivery are very tight.

The price action itself had the look of panic stop-loss buying by industrial users who had waited for it to follow gold, silver and platinum lower.

Palladium trades quietly at 888.50 this morning in Asia with the region mostly likely awaiting direction from Europe. Resistance is Friday’s highs around 918.00 with support at 854.00 and 830.00. 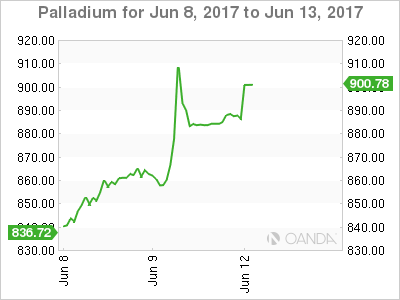