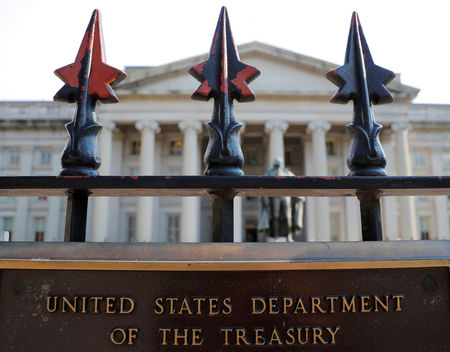 (Bloomberg) -- Treasuries are in the vanguard of a bull run in global bonds, bringing into sight the prospect of benchmark 10-year yields dropping to 2% for the first time since late 2016 as traders ramp up bets on monetary-policy easing by the U.S. central bank.

Escalating U.S.-China trade tensions and faltering global growth have seen U.S. 10-year yields tumble almost 40 basis points since mid-April to as low as 2.22% on Wednesday, while fed funds futures showed about three quarter-point central bank cuts priced in by the end of next year. Yields on 10-year securities in Australia and New Zealand both dropped to records, while those in Japan matched a three-year low of minus 0.1%. Equivalent German bund rates dipped as low as negative 0.17 percent, within a few basis points of their 2016 low.

“The overarching theme of slower global growth, inflation not hitting the mark of central bank targets, and the uncertainty of a protracted trade war are all contributing to that rally,” said Tano Pelosi, portfolio manager in Sydney at Antares Capital, which oversees the equivalent of $22 billion. “I can see U.S. 10-year yields heading toward 2% if the pressure from the trade war continues.”

The renewed bout of risk aversion, brought on by U.S. President Donald Trump’s comment that a deal with China isn’t imminent and tensions between Italy and the European Union, reflects increasing bets major central banks will cut rates to revive growth. Traders are now focusing on a planned meeting between Trump and Chinese President Xi Jinping at a Group-of-20 summit in June, even as recent rhetoric from both sides indicates a hardening of positions.

Bond auctions are further illustrating investor demand for fixed income. Australia’s sale of A$3 billion ($2.1 billion) of 2031 debt Wednesday drew bids for A$10.8 billion, above the A$8.5 billion offered at a similar auction last year. A $40 billion offering of two-year Treasuries on Tuesday was awarded a basis point below the level in pre-auction trading.

“If policy makers just stand by and growth falls too sharply, then 2% could happen” for U.S. 10-year yields, Shaun Roache, Asia-Pacific chief economist at S&P Global Ratings in Singapore. S&P modeling shows the probability of a U.S. recession has risen to 25% over the past few months from about 20%, he said.

Fed funds futures are now fully pricing in three rate cuts by the end of next year. Markets are also signaling two to three moves by the Reserve Bank of Australia amid concern Chinese demand for commodities is weakening.

“If the Fed cuts, will they cut by 25 basis points?” said Rajeev De Mello, chief investment officer at Bank of Singapore Ltd., whose base case remains that the U.S. and China will come to a compromise. “Unlikely -- they probably will cut by 50 basis points, and that’s what we’re starting to see priced into markets.” 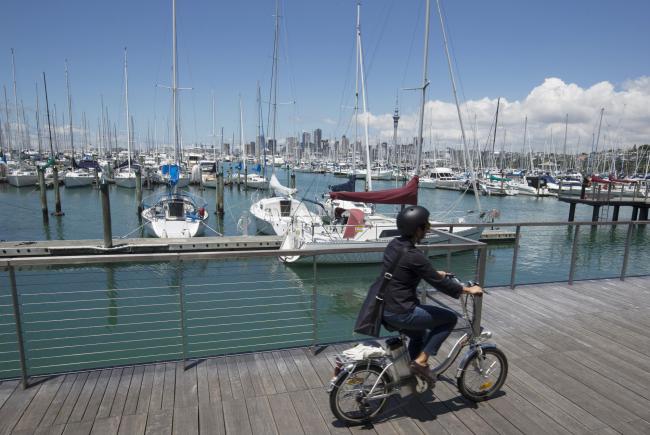