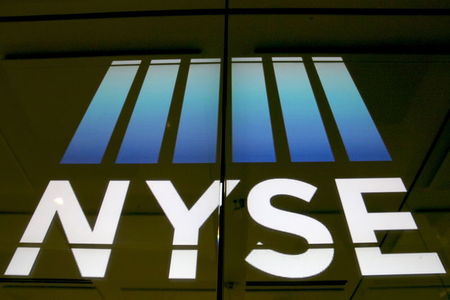 Investing.com – Stocks overall struggled on Monday, but the Dow was pushed higher by gains in Boeing and Walgreen Boots Alliance.

The Dow's gain came because Boeing (NYSE:BA) jumped 4.6% after saying it believes its 737 Max will win recertification from the Federal Aviation Administration by the end of the year, with deliveries reportedly starting in December. It would take two months or so before the planes -- new and grounded -- could go into service.

Walgreens (NASDAQ:WBA) rose 5.1% on a Bloomberg News report that buyout giant KKR was considering offering to take the company private.

The two stocks alone added nearly 129 points to the blue-chip index by themselves A 0.6% gain for Apple (NASDAQ:AAPL) added another 14 points with a 0.8% gain, but the other Dow components, especially 3M (NYSE:MMM), Goldman Sachs (NYSE:GS), UnitedHealth Group (NYSE:UNH) and Walt Disney (NYSE:DIS), pulled back enough to offset the first three.

The reason for the pullback for the S&P 500 and the Nasdaq was more worries about a U.S.-China trade deal. There was nothing announced Monday, and all traders had to work with were comments last week from President Donald Trump. The first came on Friday when he said he hadn't signed off on rescinding tariffs, set to take effect on Dec. 15. And, while he tweeted Saturday talks were "progressing nicely," that wasn't enough for traders and their computers.

For the past few weeks, the market has been treated with mostly positive news about a deal with a first phase deal signed next month.

The lack of news hasn't threatened the short-term rally that began in September. But it did seem to limit upside gains on Monday after record closes for the major indexes on Friday. In addition, there were no economic reports on Monday because of the Veterans Day Holiday.

Only Apple (NASDAQ:AAPL) and Microsoft (NASDAQ:MSFT) hit new highs among the Dow stocks on Monday.

Oil prices moved lower as well. Oil traders believe a deal will boost global oil demand and cut inventories of crude oil in the United States and abroad. West Texas Intermediate crude fell 38 cents to $56.86 a barrel. Brent crude, the global benchmark, dropped 33 cents to $62.18. Both have risen about 5% since the end of September as traders have expected a trade deal.

Gold futures tumbled in New York$1,459.50 an ounce, down $3.40 an ounce. Also lower were farm commodities like soybeans, wheat and corn.