Investors are becoming more cautious about Europe, amid a sharp uptick in new COVID-19 cases. European countries including Denmark, Greece and Spain have introduced new restrictions on activity.

Britain is considering a second national lockdown as new cases rise by at least 6,000 per day.

Germany's health minister said the rising new infections in countries like France, Austria and the Netherlands is worrying.

Investors will be looking ahead to flash PMI data on Wednesday for the first hints of how economies have fared in September.

"Concerns are rising that the summer recovery is probably as good as it gets when it comes to the recent rebound in economic activity," wrote Michael Hewson, chief market analyst at CMC Markets UK.

"This reality combined with the growing realisation that a vaccine remains many months away, despite President (Donald) Trump's claims to the contrary, has made investors increasingly nervous, as we head into an autumn that could see lockdowns reimposed," he said.

The dollar declined for the second week running last week, hurt by the U.S. Federal Reserve's commitment to keeping rates lower for longer.

Seven members of the Fed will speak this week - including chairman Jerome Powell appearing before Congressional committees - so investors will be looking for hints to determine the dollar's direction.

The safe-haven yen was in its sixth consecutive session of gains versus the dollar, up around 0.4% at 104.185

Japan has public holidays on Monday and Tuesday this week, meaning volumes are thin in Asian trading.

The euro was flat against the dollar at $1.18325 (EUR=EBS), while the safe Swiss franc rose against both the dollar and euro (EURCHF=EBS)

The European Central Bank will review how long its emergency pandemic bond-purchase scheme should go on, the Financial Times reported.

The European Council meets in a summit on Thursday and Friday this week. 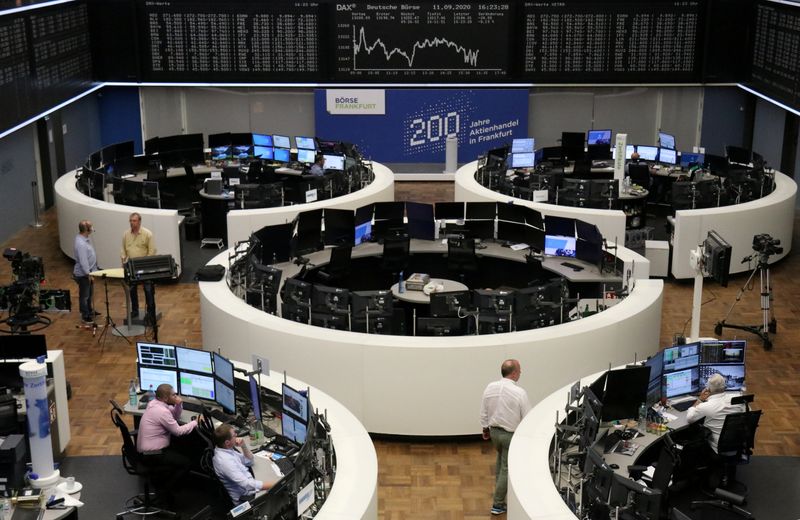