Merkel Puts First Crack in Her Opposition to Fiscal Stimulus

Merkel Puts First Crack in Her Opposition to Fiscal Stimulus 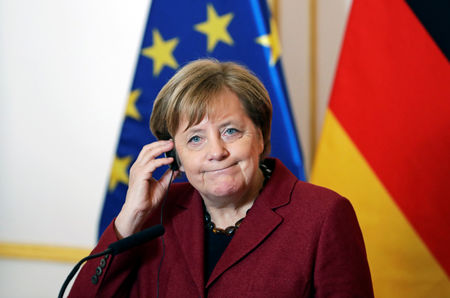 Chancellor Angela Merkel came back from her summer holidays a bit more pessimistic about the state of Germany’s economy and, it seemed, a bit more inclined to do something about the slowdown.

"It’s true, we’re heading into a difficult phase," Merkel said at a town hall event in the northern city of Stralsund late on Tuesday. The government will closely monitor second quarter economic development and then look at the third quarter, she said. "We will react depending on the situation."

It is the first time Merkel suggested the government may need to become more proactive in to respond to the country’s economic slowdown, saying that she didn’t see the need for a growth package "so far".

In recent weeks there have been growing calls in business and politics for the chancellor to adopt stimulus measures. Merkel’s Christian Democratic-led bloc as well as her junior coalition partner, the Social Democrats, have plummeted in opinion polls ahead of key regional elections next month.

Economic growth this year is forecast at just 0.6%, as fallout from the trade war hits Germany’s export-driven industry. Growth slowed from 2.2% in 2017 to 1.4% in 2018. Second-quarter GDP data is due tomorrow, and economists predict the economy contracted 0.1% in the three months through June.

"Domestic demand is still somewhat propping up the economy," said Merkel, reiterating that she would not seek another public office after her term ends in 2021.

Based on details from the draft 2020 budget proposal published by parliament today, the government will stick to its policy of not increasing net debt.

(Adds details and context throughout.) 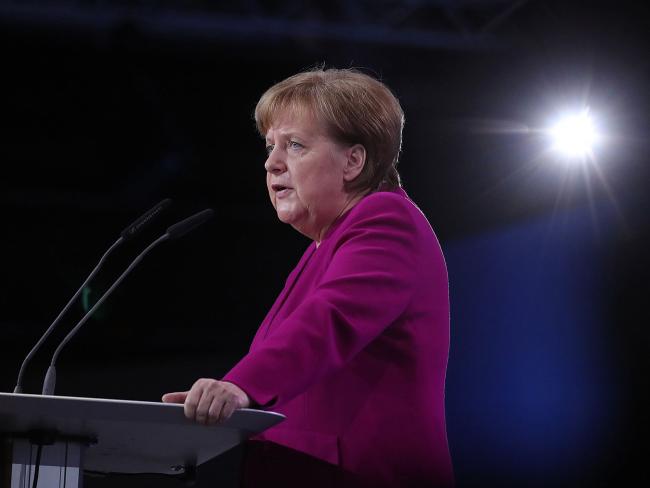