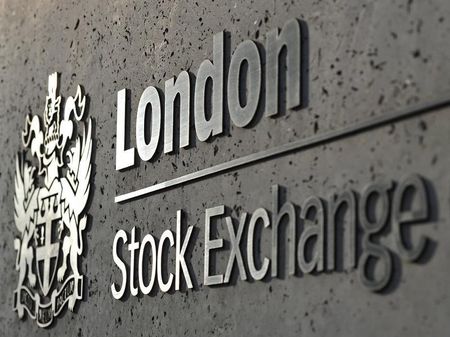 The response to U.S. President Donald Trump's decision to go ahead next week with collecting 10 percent tariffs on another $200 billion of Chinese goods, ratcheting up to 25 percent in January, was unusual and unexpected on Tuesday.

Trump's measures initially hit U.S. stocks, Treasuries and the dollar /FRX while stirring a rally in Chinese equities .SS and the yuan. CNH=

China then retaliated just before U.S. markets were due to open with $60 billion worth of tariffs of its own but still traders barely flinched.

European stocks wobbled slightly but Wall Street futures still pointed to a steady start ESc1 .N and even copper MET/L and the Aussie dollar AUD=D3 , which have been highly sensitive to the trade tensions, made good ground.

"In a way it is remarkable that the market is holding up so well," said Rabobank's Head of Macro Strategy Elwin de Groot.

"This is clearly a further ratcheting up of the trade war and we are now getting close to a situation where you can almost speak of a full-fledged trade war. Clearly that is not positive."

One theory for the becalmed reaction was that the $200 billion U.S. move had been largely priced in to markets following weeks of hinting reports and social media speculation.

Chinese shares had initially dipped as Asia digested the details but then rallied to close up 2 percent .CSI300 as some locals bet on Beijing stepping up infrastructure investment to keep the economy humming. Nikkei .N225 also ended 1.4 percent higher and MSCI's 24-country emerging market index was up for the fourth day in the last five as 1.3 percent gains in Poland .WIG20 and Russia .IRTS added to Asia's rebound.

Trump's announcement "is largely consistent with the claims made earlier," Citi analysts said in a note, estimating a 33 basis point drag on China's economic growth from the 10 percent tariff.

Taking a bigger picture view, Dutch bank ING estimated that 2.5 percent of world trade was now affected by the tariffs and it will be 4 percent if Trump carries out threats to put levies on all of the U.S.'s Chinese imports.

"Although this percentage may seem small, the tariffs will disrupt Sino-American supply chains, and may, therefore, triple the effects on world trade," ING also warned.

U.S. stock exchange futures were all around 0.2 percent higher, with a rise in oil prices expected to lift oil majors and on relief that the tariffs on Chinese goods had spared high-tech gadgets like smart watches. .N

China's promise to respond to the moves also came as The South China Morning Post newspaper reported that Beijing was reviewing plans to send a delegation headed by Vice Premier Liu He to Washington for trade talks.

"China has always emphasised that the only correct way to resolve the China-U.S. trade issue is via talks and consultations held on an equal, sincere and mutually respectful basis. But at this time, everything the United States does does not give the impression of sincerity or goodwill," he added.

Not to be outdone, Trump later tweeted "There will be great and fast economic retaliation against China if our farmers, ranchers and/or industrial workers are targeted!"

Despite all the noise, the widely-tracked dollar currency index was broadly flat at 94.438 .DXY although on an individual basis it rose against the Japanese yen to just over 112.20 JPY= and took 1.7 percent off Turkey's troubled lira.

At the same time it was down slightly against the Chinese yuan in 'offshore' markets CNH=D3 . The sensitive Australian dollar AUD=D3 also moved up 0.3 percent to $0.72 having also initially been hit when the tariff details broke. AUD/

With FX participants wary that Beijing authorities may quickly step in to markets at any point, investors were "spontaneously" liquidating their short yuan positions said a trader at one Chinese bank.

"China is likely to reject the invitation from the U.S. Treasury for the new round of trade talk," OCBC Bank also said in a note on Tuesday.

Oil prices had been down in Asia and through most of the European morning session but then went on a tear as fresh signs emerged that OPEC doesn't plan to raise output to offset shrinking supplies from Iran.

International benchmark Brent futures LCOc1 jumped over a dollar to $79.21 per barrel, while U.S. crude futures CLc1 bounced up to just shy of $70 a barrel.

Copper prices surged 2 percent too CMCU3 and gold had also clawed itself into positive territory at $1,200 XAU= having been struggling for most of the day.