Deals of the day-Mergers and acquisitions

Deals of the day-Mergers and acquisitions 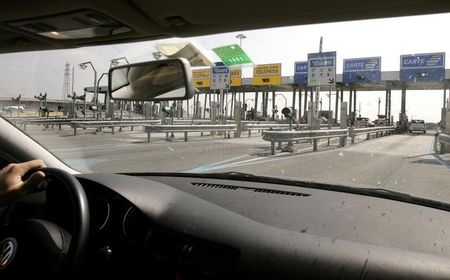 May 15 (Reuters) - The following bids, mergers, acquisitions and disposals were reported by 1000 GMT on Monday:

** Malaysian palm oil producer Felda Global Ventures Holdings Bhd FGVH.KL said it had signed an initial deal with a unit of China's grain stockpiler aimed at expanding its palm oil supply and distribution network in its third biggest market. Italy's Atlantia ATL.MI launched a 16.34 billion euro ($18 billion) cash-and-share offer for Spain's Abertis ABE.MC on Monday in a bid to create the world's biggest operator of toll roads, with 14,095 km under its management. The general manager of Lebanon's Blom Bank BLOM.BY said on Monday he thinks "there will be a new wave of consolidation" in the country's banking sector. South Africa's Vodacom VODJ.J said on Monday it will buy a 35 percent stake in Safaricom SCOM.NR from its parent company Vodafone VOD.L for 34.6 billion rand ($2.59 billion), expanding its reach into Kenya. SNC-Lavalin SNC.TO will not raise its offer for British engineering and construction firm WS Atkins ATKW.L unless it faces a rival bid for the British firm, the Canadian construction and engineering group said on Monday. Gold producer Eldorado Gold Corp ELD.TO has agreed to buy the remaining shares of Integra Gold Corp ICG.V , to expand its mining opportunities in the Eastern Abitibi region of Canada. As U.S. paintmaker PPG Industries (NYSE:PPG) PPG.N considers whether to keep pursuing Dutch peer Akzo Nobel AKZO.AS after being rebuffed three times, the fate of the Dulux owner is moving into uncharted territory.