Day Ahead: Top 3 Things to Watch for May 7

Day Ahead: Top 3 Things to Watch for May 7 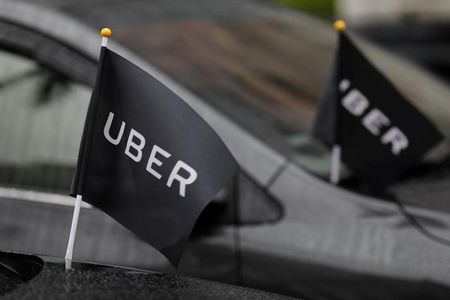 Investing.com - Stocks suffered a late selloff today after President Donald Trump told reporters that he wasn’t sure if China would live up to its part of the Phase 1 trade agreement.

But apart from the renewed trade tensions, the market was struggling to find a bid (apart from tech) after a report showed more than 20 million private sector jobs were lost in April.

More jobs numbers come in Thursday, a day before the big payrolls report.

There will also be more ride-haling earnings from Uber following Lyft (NASDAQ:LYFT)'s strong report and the Bank of England has its big day.

Here are three things that could move the market tomorrow.

1. More Data From the Jobs Front

Economists expect that claims for first-time unemployment benefits rose by another 3 million last week. That would continue the downward trend of rises in claims, down from 3.8 million the week before.

At 7:30 AM ET, outplacement firm Challenger, Gray and Christmas will issue its measure of April job cuts.

Cuts should soar again from the March measure of about 222,000, moving into the millions.

Uber Technologies (NYSE:UBER) will report earnings after the bell tomorrow, a day after it announced massive layoffs due to the impact of the virus on its business.

Uber said it is cutting 3,700 jobs in customer support and recruitment as it looks to cut costs as ride volumes crater. The company will incur a charge of about $20 million associated with the layoffs.

Analysts predict that Uber lost 84 cents per share in its latest quarter on revenue of about $3.5 billion.

Ahead of trading, drugmaker Bristol-Myers Squibb (NYSE:BMY) will weigh in with quarterly results.

The company is forecast to report a profit of $1.51 per share on revenue of about $9.5 billion.

The Bank of England meets tomorrow, with its decision on interest rates and bond buying and its economic forecasts coming earlier than usual.

The bank is expected to keep rates on hold, but may tweak its bond-buying program.

"We’d expect the Bank of England to also push back on the idea of a ‘V-shaped’ recovery this week," ING said.

ING estimates the UK economy will experience a 10% to 15% peak-to-trough fall in output, though said it wouldn’t be surprised if the bank penciled in a sharper decline.