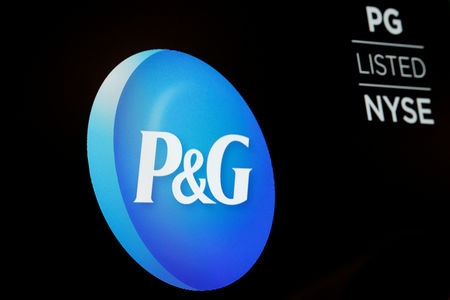 Investing.com - Here are three things that could rock the markets tomorrow.

Procter & Gamble (NYSE:PG) will weigh in ahead of trading.

Analysts, on average, expect P&G to earn $1.37 per share on sales of about $18.4 billion, according to forecasts compiled by Investing.com.

But investors should be cautious going into earnings, Investing.com analyst Haris Anwar said.

The “pace of growth that P&G is showing is unusual for a company which produces everyday consumables in categories where the competition is intense and margins are low,” Anwar said. “From a big consumer staple giant like P&G it wouldn’t be fair to expect a blowout quarter every time.”

After the bell, Intel (NASDAQ:INTC) will be up.

Intel (NASDAQ:INTC) is expected to report a profit of $1.25 per share, with revenue coming in at $19.2 billion.

Earlier this week Jefferies upgraded its rating on Intel to hold from underperform,

The ECB is expected to keep rates at negative 0.5%, a record low, but of more interest will be the tone of ECB President Christine Lagarde, where the sighting of a hawk could boost the euro.

The Labor Department is expected to report a bounce back to 215,000 of claims for first-time unemployment benefits after last weeks surprisingly low 204,00.

3. Supplies Are Running the Oil Market

Oil prices have been pressured by a huge build-up in oil products in the U.S. in the last two weeks, indicating that supply is continuing to get ahead of demand.

Today the American Petroleum Institute, reported that its measure of oil inventories rose by 1.6 million for the week ended Jan. 17.

The Energy Information Administration will report its weekly inventory numbers tomorrow at 11:00 AM ET (16:00 GMT), slightly later than usual due to the Martin Luther King Day Holiday on Monday.

Traders are looking for a decline of about 1 million barrels for oil inventories, according to forecasts compiled by Investing.com.