Top 5 Things to Know in the Market on Tuesday, March 10th

Top 5 Things to Know in the Market on Tuesday, March 10th 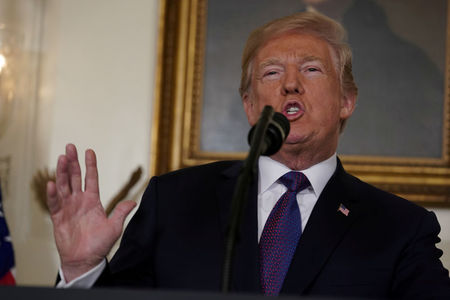 Investing.com -- Global markets are bouncing smartly after President Donald Trump promised - but didn't detail - measures to support the economy through any dip caused by the coronavirus outbreak. Italy, meanwhile, extended its quarantine measures across the whole country. The Russian ruble fell 5% to a four-year low as the oil price war with Saudi Arabia got into full swing. And there are six more Democratic primaries across the mid-west and west coast. Here's what you need to know in financial markets on Tuesday, March 10th.

President Donald Trump said the U.S. administration was preparing measures to support the economy and insulate it against a spreading coronavirus outbreak.

Trump, who continues to play down an outbreak that he initially styled a "Democrat hoax", promised a “very major” package of relief measures, but gave few details beyond mentioning a possible cut in payroll taxes and other unspecified help for hourly-paid workers. Meanwhile, his new chief of staff Mark Meadows was forced to self-isolate after coming into contact with someone since diagnosed with the virus.

Treasury Secretary Steven Mnuchin said the measures would be aimed at those hardest hit by the outbreak, including small and medium-sized enterprises. He downplayed parallels with the financial crisis of 2008 and said the economy “will be in very good shape a year from now.”

The comments came as the number of confirmed cases in the U.S. topped 600, amid fears that its relaxed attitude to testing may have allowed the disease to spread more widely than necessary.

Overnight, the Shanghai Shenzhen CSI 300 had risen 2.7% and Hong Kong’s Hang Seng had risen 1.4%, while the Japanese Nikkei underperformed, rising 0.9% amid sustained strength in the yen.

The Italian government issued a nationwide quarantine, restricting the movement of people throughout the country, in an effort to bring the spreading coronavirus epidemic under control.

Italy registered nearly 1,800 new cases of the virus on Monday, taking the total number of cases there to over 9,100, with 463 fatalities.

The government also extended the shutdown of all schools until April. Spain also ordered a nationwide school shutdown.

Italy’s stock market, which had fallen the most in Europe on Monday, also made one of the weakest rebounds on Tuesday, rising only 3.1%. The yield on 10-Year Italian debt rose to a new for 2020 of 1.47% before sharply reversing to 1.30%.

After his sweep of southern states in Super Tuesday’s primaries last week, Biden holds the lead in national pledged delegates with 664, compared to Sanders’ 573. The required total for victory is 1,991 and there are 352 up for grabs today.

Sanders could narrow the gap if he carries Michigan in particular, a state he won ahead of Hillary Clinton in the 2016 primaries. The other five states voting today are Idaho, Mississippi, Missouri, North Dakota and Washington.

Crude oil prices rebounded over 7% after suffering their worst one-day loss in nearly 30 years on Monday in response to the start of a new three-way price war between Saudi Arabia, Russia and U.S. shale producers.

Russia’s ruble fell 5% against the dollar to its lowest level since 2016 on Tuesday as local financial markets reopened after a public holiday on Monday. The benchmark RTS index fell as much as 15% before paring losses to be down only 10.9%.

Russia’s leadership has been defiant, saying that its sovereign wealth fund and conservative budget planning mean it could withstand up to 10 years of prices at current levels. Russia’s budget balances at an oil price just over $40 a barrel, while Saudi Arabia requires a far higher price. The Saudi budget already expected a deficit of 6.4% of GDP this year.