Top 5 Things to Know in the Market on Thursday, August 13th

Top 5 Things to Know in the Market on Thursday, August 13th 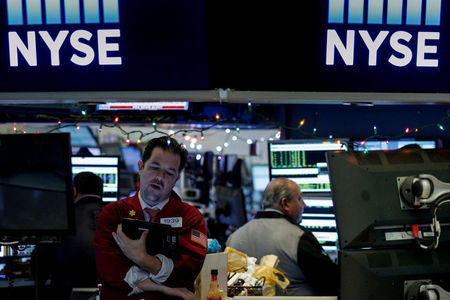 Investing.com -- Thursday means jobless claims day, and economists expect the number of people claiming unemployment benefits for the first time to have fallen by some 64,000 to 1.12 million. President Donald Trump stays his hand regarding new tariffs on European goods. Stocks are set to open marginally lower as the deadlock over the next stimulus package drags on, and oil prices dip from five-month highs after the IEA cuts its global demand forecast. Here’s what you need to know in financial markets on Thursday, 13th August.

1. Jobless claims due as Daly warns some jobs may never come back

San Francisco Federal Reserve President Mary Daly said late Wednesday that she feared many of the jobs lost since March would be lost forever, with the less-educated part of the workforce bearing the brunt.

Elsewhere, France reported a surprise drop in its second-quarter jobless numbers, but only because it only counts those who are actively looking for work, something that was practically impossible during lockdown. The employment rate for young French people fell to 26.6%, in a more accurate reflection of a dire situation.

There’s still no sign of Congressional Republican and Democrats breaking the deadlock on talks over the next round of economic relief measures.

House Speaker Nancy Pelosi told reporters on Wednesday that lower chamber was prepared to meet the Senate and administration halfway, bridging the gap between the administration’s $1 trillion proposal and the House’s $3.5 trillion bill.

Treasury Secretary Steven Mnuchin described Pelosi’s characterization of talks on Wednesday as misleading, saying that the Democrats’ negotiators hadn’t been prepared to compromise at all.

U.S. stock markets are set to open modestly lower ahead of the jobless claims data, which are likely to set the tone for the day.

Stocks in focus are likely to include ride-hailing company Lyft (NASDAQ:LYFT), which reported a sharp drop in rider numbers and revenue in the second quarter after the bell on Wednesday, as well as JC Penney (OTC:JCPNQ), amid reports that its landlords are close to a deal to buy out the bankrupt department store group.

After the close today, there will also be earnings updates from Chinese search giant Baidu (NASDAQ:BIDU) and Netflix-wannabe iQIYI (NASDAQ:IQ).

President Donald Trump decided not to raise the overall level of import tariffs on EU goods, in an apparent move to make sure that the squeeze on Americans’ spending power isn’t made any worse by tariffs ahead of the election.

However, the administration did introduce fresh tariffs on selected products, such as French jams and jellies and German knives. The tariffs are part of measures allowed under a WTO ruling that found the EU guilty of illegally subsidizing Airbus.

The IEA cut its estimates for the last two quarters of this year by 500,000 barrels a day, projecting that consumption will average 95.25 million barrels a day in the period.

The reduced forecasts this week have been largely due to slack demand for jet fuel, as air travel has failed to rebound with the same vigor as travel by car and truck.  The extent of that was again shown on Thursday as German-based Tui  (DE:TUIGn), the world’s largest travel group, said its revenue had fallen 98% from year-earlier levels in the three months through June.