Top 5 Things to Know in the Market on Friday

Top 5 Things to Know in the Market on Friday 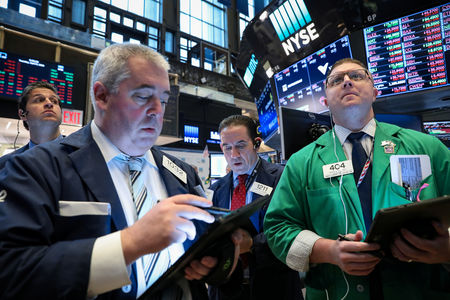 Investing.com - Here are the top five things you need to know in financial markets on Friday, August 16:

Yields on U.S. government debt were climbing higher on Friday, with the 30-year yield bouncing back from record lows after a turbulent week for markets.

The yield curve inversion seen this week, that some economists suggest could be an early sign of an upcoming recession, unwound as the 10-year yield pushed back above that of the 2-year.

Read more: 2 Dividend Stocks That One Could Buy Even In A Recession - Haris Anwar

2. Stimulus to the rescue?

China’s state planner hinted Friday that Beijing would roll out a plan to boost disposable income, as the country grapples with its economic slowdown amid the ongoing trade dispute with Washington. Although no specific details were provided, the announcement comes amid a generalized global move to boost world economies.

Thailand announced Friday plans for a roughly $10 billion injection of stimulus in the form of government spending and loans to counter its own economic slowdown.

The programs added to efforts by central banks to ease policy and boost the economy. In addition to Rehn’s call for more stimulus in Europe, the Bank of Mexico cut rates on Thursday for the first time in five years.

Global stocks traded mostly higher as the absence of fresh upsets allowed for some short-covering.

The London Stock Exchange got off to a late start as a technical issue caused the longest trade outage in eight years.

As earnings season winds down, Deere (NYSE:DE) will be one of the few major companies reporting ahead of the opening bell.

The Commerce Department will update on the health of the housing market with numbers on housing starts and building permits for July at 8:30 AM ET (13:30 GMT). On Thursday, the NAHB home price index eked out a modest gain, suggesting that falling mortgage rates are feeding through into stronger demand.

The U.S. consumer will also be in the spotlight as the University of Michigan releases its preliminary reading of consumer sentiment for August at 10:00 AM ET (14:00 GMT). A key issue will be whether recently announced tariffs on Chinese imports have dampened the American consumer's optimism.

Oil prices jumped around 2% as China’s hints at plans to spur economic growth boosted sentiment for oil demand in a volatile month for crude.

OPEC’s monthly report, meanwhile, will offer traders further insight as to the oil cartel’s own outlook on world demand and supply.

-- Reuters contributed to this report.