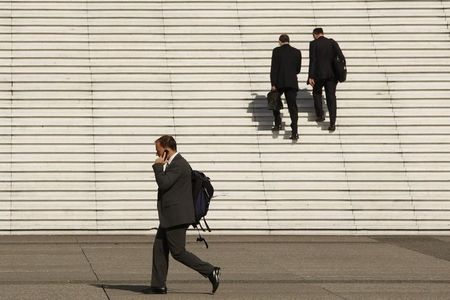 A slowdown in U.S. consumer spending in August provided the clearest evidence this week that as millions of Americans lost the extra unemployment benefits that had sustained their finances in the early months of the COVID-19 recession, they have begun to cut back.

In an economy where consumer spending accounts for two-thirds of the total output, less shopping means less overall growth.

The number of Americans filing new claims for unemployment dropped less than expected, and applications for the week before were revised up, suggesting the labor market recovery has plateaued.

For a graphic on Jobless claims still elevated:

Meanwhile, a Fed survey released Friday showed that American households were better off financially in July than they were in the first months of the crisis, in large part because of their access to government aid.

Other data this week indicate the recovery is ongoing in some parts of the economy.

U.S. factory production increased for a fourth straight month in August, and confidence rose to a record among single-family homebuilders, who saw a boost to demand from low interest rates and pandemic-fueled demand for homes suited to remote work.

Broad consumer sentiment also picked up in September, a report showed Friday. Democrats grew more upbeat about the economy's outlook while Republicans' enthusiasm dipped, but overall consumer optimism is still down compared with before the crisis.

Next week Federal Reserve Chair Jerome Powell is scheduled to address lawmakers at three separate hearings, where he will undoubtedly make the same observation he has repeatedly made for months, including after this week's policymaking meeting: more stimulus "is likely to be needed" for the recovery to continue.

The House, controlled by Democrats, and the Senate, controlled by Republicans, are deadlocked on any stimulus bill, and there's little chance of it passing before the election.

Eventually, Congress will pass some pandemic relief, no matter who wins the presidential contest. But it's likely to be less under Trump, a Republican, than under Democratic presidential nominee Joe Biden.

"If Trump wins and (Republicans) retain control of the Senate and the president says he wants more stimulus, Republicans will find a way to go along with that," said Eric Winograd, senior economist at AllianceBernstein. "If Biden wins, you would get bigger stimulus."

Goldman Sachs (NYSE:GS) economists said they would likely boost their fourth-quarter GDP forecast if Biden wins and Democrats retake the U.S. Senate, because Democrats would approve a spending package larger than the $1 trillion Goldman has penciled in.

Despite overall concerns about the strength of the recovery, and millions out of work since the pandemic hit, a recent Reuters/Ipsos poll https://fingfx.thomsonreuters.com/gfx/mkt/qzjvqnkqrpx/Topline%20Reuters%20General%20Election%20Tracker%2009%2015%202020.pdf found that 45% of U.S. adults think Trump is the better candidate for rebuilding the economy. That's compared with 36% who say Biden would be better.

But the same poll showed that likely voters were much more concerned about a candidate's ability to fight the coronavirus and restore trust in government, both issues on which voters gave Biden a lead. 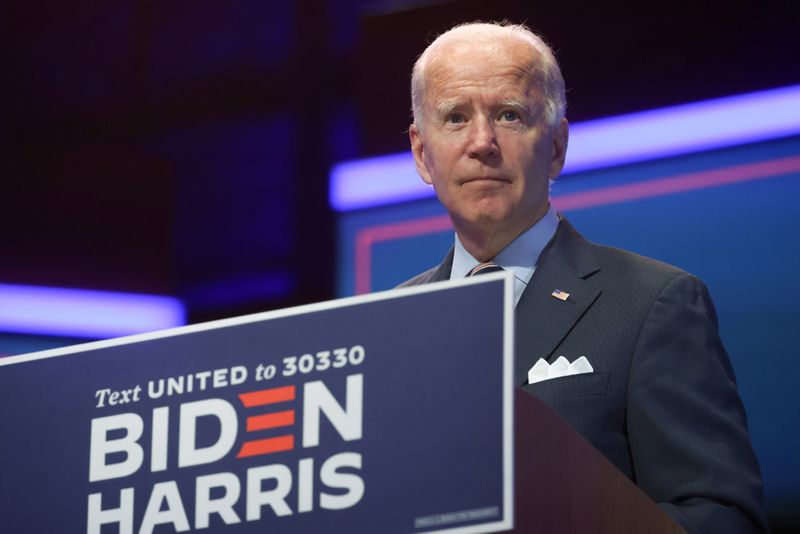