Shares squeeze out gains as economies look to reopen

Shares squeeze out gains as economies look to reopen 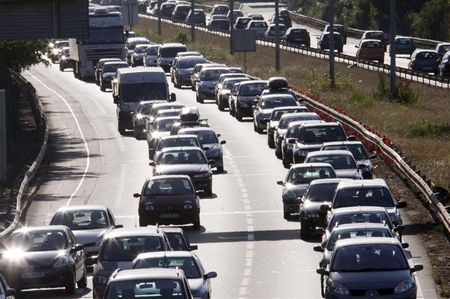 By Tom Wilson and Swati Pandey

Risk assets including equities have rallied for most of this month thanks to heavy doses of fiscal and monetary policy stimulus around the globe aimed at softening the economic blow from the COVID-19 pandemic.

Still, Europe's quarterly results continue to deteriorate, with Refinitiv data pointing to a 40.4% decline in earnings for companies listed on the STOXX 600, versus 37% a week ago.

Investors across the world are growing confident the pandemic may be peaking as parts of the United States, Europe and Australia gradually ease restrictions.

New Zealand this week allowed some businesses to reopen.

"The market is broadly buying stocks on the hope of the recovery and focusing on the eventual winners of this part of the cycle related to COVID-19, and then the structural winners," said Sebastien Galy, a strategist at Nordea.

Positive news around potential treatments for the infection as well as progress in developing a vaccine have also boosted sentiment.

The moves also emboldened bets on riskier currencies, keeping the dollar on the back foot, with the greenback falling 0.3% to 99.610 against a basket of currencies (=USD).

The euro (EUR=) was flat at $1.0860 though the euro index (=EUR) eased after Fitch cut Italy's credit rating to BBB-, just one notch above "junk" status. Italy's government bond yields rose after the cut.

Some analysts were circumspect about the rally in stocks, noting a concentration among tech and IT stocks.

"We were actually seeing a big dislocation in performance in the new world - the tech thing - and the old economy of industrials reliant on human costs," said Olivier Marciot, portfolio manager at Unigestion.

Investors are now watching out for results from the other major tech firms including Amazon (O:AMZN) and Apple (O:AAPL). Earnings from Facebook (O:FB) and Microsoft Corp (O:MSFT) are due later in the day.

The gains have come even as analysts predict a sharp contraction in world growth.

Moody's expects economies of the group of 20 advanced nations (G20) to shrink 5.8% this year with momentum unlikely to recover to pre-coronavirus levels even in 2021.

Markets were next looking for any guidance from the U.S. Federal Reserve, which is due to issue a policy statement around 1800 GMT after its two-day meeting. The European Central Bank meets on Thursday.

Analysts said it was unlikely the Fed would make further major policy moves, given the scope and depth of its efforts to counter the economic damage caused by the coronavirus.