3 Things Under the Radar This Week

3 Things Under the Radar This Week 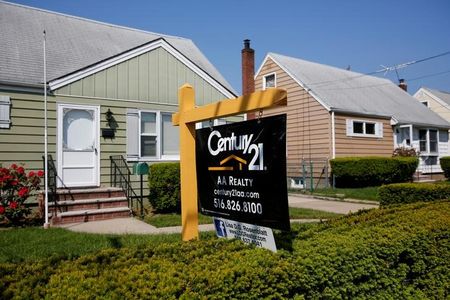 Investing.com - Here are three things that fell under the radar this week.

Stocks had a lot to digest this week and ended on a weak note Friday, which was the anniversary of last year’s peak in the S&P 500.

The nadir for the index came on Christmas Eve last year in the sharp December selloff. It finished at 2,351.10 that day.

The December selloff, when recession fears were peaking, saw the largest outflow of money from equities since 2016, according to Goldman Sachs (NYSE:GS).

2. Housing Sees Low-Rate Benefits, but Is it Enough?

In a week where the Federal Reserve lowered interest rates by 25 basis points once again, one area of the U.S. economy is already showing the benefits of lower borrowing costs.

The rise in housing starts, or groundbreaking on new homes, was driven by the multifamily home market, which soared 31% last month.

But there needs to be even more construction if the country is to avoid a lost generation in home ownership, Maleyev concluded.

“New residential construction was strong in August but that is not enough,” she said. “Millennials, who have been stuck in the rental market or living at home are staying there longer than previous generations. The housing market is adding to growth, but not enough to move the needle on homeownership for millennials, a generation missing out on wealth creation.”

3. What Does the White House Call Inflation?

Even with the latest cut, the Fed keeps taking hits from the White House.

President Donald Trump tweeted that the FOMC had failed again and that Fed Chairman Jerome Powell was a terrible communicator (something brought up to Powell during his press conference that he dodged).

Trump wants rates at 0% to boost the stock market and likely GDP, but that’s not the Fed’s job.

Vice President Mike Pence had an interesting take at the Delivering Alpha conference this week.

“(W)hen your economy is essentially at full employment and there is no evidence of inflation … it seems that our view overall is that we ought to be doing everything that we can to make sure that the cost of capital in this country is on a level playing field with our competitors,” Pence said.

The Fed has an unofficial target of about 2% inflation and core CPI came in at 2.4% year over year for August.