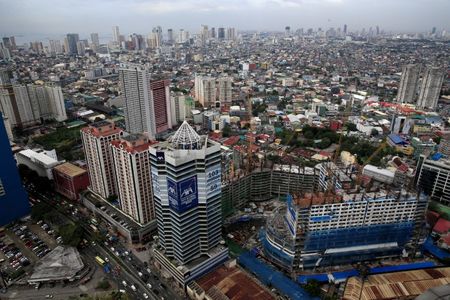 (Bloomberg) -- The Philippine economy picked up further in the fourth quarter after the government boosted infrastructure spending but fell just short of the government’s target for all of 2019, notching its slowest annual growth since 2011.

Gross domestic product expanded 6.4% in the October to December period, quickening from 6% in the third quarter, the Philippine Statistics Authority said in a briefing in Manila. The showing matched the median forecast among 23 economists surveyed by Bloomberg.

The recovery brought economic growth for the full year to 5.9%, just below the government’s revised 6%-6.5% target.

“The subdued pace of recovery, coupled with a higher growth aspiration” -- the government’s GDP target for 2020 is 6.5%-7.5% -- “means that the Philippine economy will likely need a boost from both fiscal and monetary policy,” said Nicholas Mapa, senior economist at ING Groep (AS:INGA) NV in Manila. “We continue to pencil in a 25 basis-point rate cut at the 6 February meeting given the disappointing growth numbers.”

The Philippines likely grew faster than all other major economies in the region except for Vietnam, Planning Secretary Ernesto Pernia told reporters after Thursday’s release. Growth was driven mainly by increased government spending -- up 18.7% in the fourth quarter -- after a delay in passing the budget in the first half of the year, he said.

“Our estimate was a full percentage point was lost with the delay in the passage of the 2019 budget,” Pernia said. “We could have hit close to, if not right smack, 7% GDP growth this year.”

Euben Paracuelles, chief Asean economist at Nomura Holdings Ltd. in Singapore, disputed the idea that more easing was in the cards.

“With an economy on a more solid footing, and the fiscal stance turning more highly expansionary, I don’t think it needs more monetary accommodation, not especially when inflation is on the rise with some upside risks, and output gaps are wide,” he said. “My forecast this year is policy rate remaining stable.”

Highlights from Thursday’s release and briefing include:

Spending, particularly for infrastructure projects, has rebounded since the budget approval. That’s expected to continue after the government extended the validity of last year’s spending plan and approved the 2020 budget on time.

“Full-year GDP growth of 5.9%, amidst a slowing global economy, is still impressive. The Philippines is still one of the fastest growing economies in Asia and in the world,” the central bank governor, Benjamin Diokno, said in a texted response to a Bloomberg query. “GDP growth of 7% looks attainable this year.”

“The outlook for the Philippine economy continued to brighten in 4Q, with a growth pickup setting the stage for a rebound in 2020. A spike in public spending underpinned the acceleration in growth, with a pickup in fixed private investment and firm household consumption also lending support. We expect those trends to persist this year -- with accommodative monetary policy to further bolster the economy.”

Damage from the ongoing eruption of Taal volcano near Manila should be limited to surrounding towns and is not expected to dent overall growth in the first quarter, Pernia said Jan. 15. On Thursday, he estimated the economic impact within the immediate danger zone at 4.3 billion pesos ($84.5 million).

(Updates with analyst quote in fourth paragraph, officials’ comments throughout) 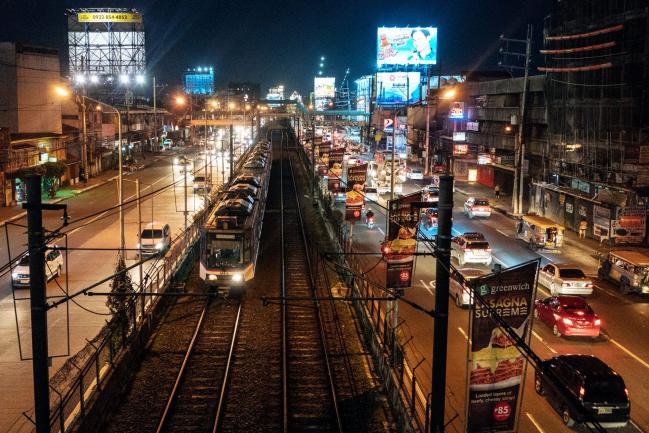