LONDON (Reuters) - Construction of new office space in central London fell by 50% in the six months to the end of September as the impact of the COVID-19 pandemic on major cities kept developers away, according to a survey published on Monday.

At least six speculative schemes were put entirely on hold pending more clarity, with many more postponed until 2021, Deloitte said.

Developers reported that weak tenant demand was the major obstacle to starting any new project after the pandemic forced many people to work from home, leaving parts of the capital almost deserted.

The shift to working from home has prompted many companies to consider a longer-term, more flexible approach to office attendance, prompting questions over future demand for tower blocks in the capital. 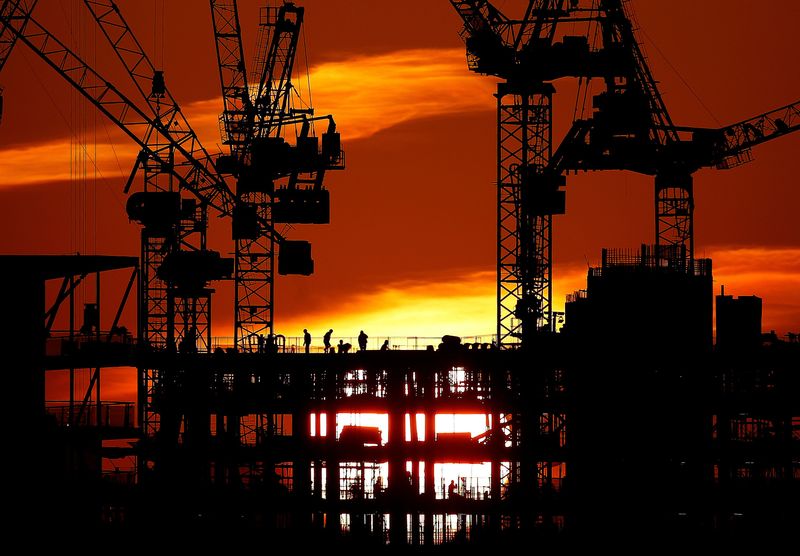