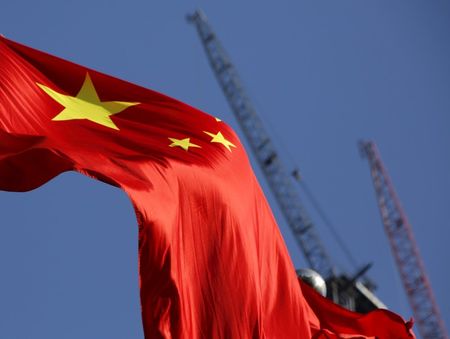 (Bloomberg) -- China’s economic recovery stabilized in November, underpinned by solid global demand for exports ahead of the Christmas period and the stock market’s gain to its highest since 2015.

That’s the outlook from the latest aggregate index combining eight early indicators tracked by Bloomberg, which was unchanged from October.

The data indicates China remains well on track to be the only major economy likely to expand this year. With the pandemic under control and consumer spending picking up, authorities are turning their focus to longer-term growth objectives and discussing withdrawing the emergency stimulus injected into the economy earlier this year.

“China’s recovery extended into 4Q, though with a marginal loss of momentum. Investment and exports remained robust. But production growth showed signs of plateauing, and consumption picked up less than expected - even with a boost from a longer-than-usual golden week holiday.”

Housing investment and purchases have rebounded strongly this year after initially falling in the wake of the outbreak of Covid-19 in central China. The value of home sales were flat in the first three weeks of November after rising 8.2% this year through the end of October and helping propel investment and construction.

That recovery is one factor driving metals demand, with the prices of iron ore, copper, and aluminum all hitting multi-year highs. The steady economic growth and good news on vaccines have also boosted stocks, with the main share index closing higher than 5,000 points for the first time in five years this week.

Chinese exports have been one of the driving forces of the economic rebound this year, expanding for the past five months as demand boomed for protective health gear and work-from-home electronics. South Korean exports, which is a leading indicator for Asian and global trade, rose 11% in the first 20 days of November, indicating solid demand for technology products.

“Demand remained buoyant, thanks in part to the increase in export orders -- this prompted an acceleration in production activity,” Shen Lan and Ding Shuang, economists at Standard Chartered (OTC:SCBFF) Plc, which compiles the survey of more than 500 small and medium-sized companies in China, wrote in a note.

“Production and sales are expected to remain resilient for the rest of this year,” although services are still more affected by the lingering effects of the Covid-19 outbreak, they wrote.

Even with the rebound, there seems to be no end in sight for factory deflation. Producer prices fell 1.3% in November, according to Bloomberg’s tracker, an improvement from October’s official reading of a 2.1% drop, but still far away from the inflation needed to boost company profits.

Consumer prices could also turn negative in coming months, which would “weigh on corporate profits -- with potential negative implications for employment and debt repayment capacity,” according to Bloomberg Economics’s David Qu.

From July, Bloomberg has changed some of the components for the early look at China’s economy, adding home sales in the biggest four cities, weekly car sales and inventories of steel reinforcing, while removing iron-ore prices, sales manager sentiment and property-related stocks.

Bloomberg Economics generates the overall activity reading by aggregating a three-month weighted average of the monthly changes of eight indicators, which are based on business surveys or market prices.