China announced a range of U.S. goods to be exempted from 25% extra tariffs put in place last year, as the government seeks to ease the impact from the trade war without lifting charges on major agricultural items like soybeans and pork.

Pharmaceuticals and lubricant oil are among exclusions to levies on imports announced by the Ministry of Finance on its website on Wednesday. The exemptions, effective from Sept. 17 to Sept. 16 2020, will cover 16 categories of products worth about $1.65 billion, according to Bloomberg calculations based on China’s 2018 trade data. Other products on the list include alfalfa, fish meal and pesticides.

Today’s exemptions apply to the round of tariffs China imposed on U.S. goods starting last July in retaliation for higher U.S. levies. The Chinese government began accepting applications for tariff exemptions in May, but it is the first time they have stated which products will be excluded. The U.S. Trade Representative’s Office has announced six rounds of exclusions for the punitive tariffs on $34 billion in Chinese goods since December.

Chinese stocks edged down and the yuan pared earlier gains after the announcement.

State-run Global Times editor-in-chief Hu Xijin said on Twitter that China will announce moves to ease the negative impact of the trade war before the exemption list was announced.

Further rounds of Chinese exemptions will be announced in due course, the ministry said.

Top Chinese negotiators will travel to Washington for talks in the coming weeks, and lower-level officials will also hold discussions this month. Both sides raised tariffs on each others’ goods on Sept. 1 in the trade war’s latest escalation, and the U.S. plans to add more tariffs on Oct. 1. Both nations will increase some of them again on Dec. 15 unless there is a breakthrough.

China’s tariff retaliation strategy to date has focused heavily on curbing trade of agricultural and manufactured goods produced in U.S. states key for President Donald Trump’s re-election chances. With more U.S. tariff increases on the way, China is unlikely to pare back its response by exempting soybeans and autos.

Applications for the second tranche of exclusions started on Sept. 2 and will close on Oct. 18, China’s finance ministry said earlier on its website. That will be applied to the products subject to additional tariffs on $60 billion of American goods. China said it will open the third tranche of tariffs up for exemption requests later, though it hasn’t specified a date.

(Adds value of the exemptions and Global Times’ Hu.) 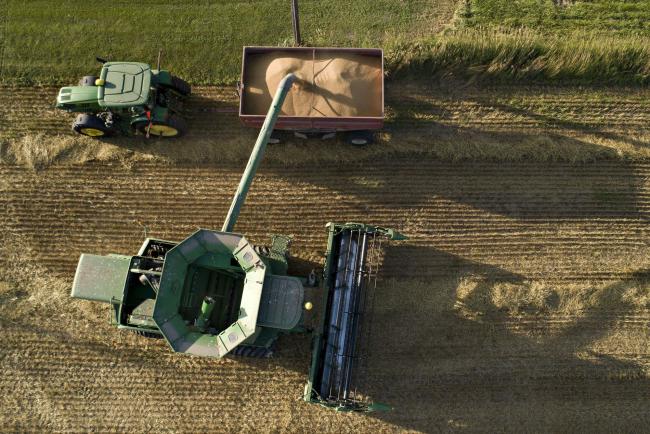 exempting lubricant oil and pharmceuticals is just so we can fuck ourselves with ease...   ... (Read More)