It has been a quiet day for USD/CAD, as we wrap up the trading week. The pair is currently trading at 1.3423, up 0.01%. On the release front, Canada’s GDP for May climbed 4.5%, beating expectations. In the U.S. Core PCE Price Index, which is reportedly the Federal Reserve’s preferred inflation indicator, rose from 0.1% to 0.2%.

Analysts had braced for a disastrous U.S. GDP in Q2, and the release was almost as bad as feared. The initial estimate for GDP came in at -32.9%, only slightly better than the forecast of -34.5%. The dismal reading weighed on the U.S. dollar against the major currencies, but the greenback still managed strong gains against the Canadian dollar. This move reflects the old adage of “when the U.S. sneezes, Canada catches a cold.” With some 75% of Canadian exports heading south of the border, Canada’s economy will have trouble getting any traction without a recovery in the U.S.

Unlike the U.S., which releases GDP every quarter, Canada publishes GDP on a monthly basis. After two straight declines, is the worst over? The May release showed that the economy grew 4.5%, beating the estimate of 3.5%. This follows declines of 7.2% and 11.6%. However, early in the North American session, the Canadian dollar hasn’t taken advantage of the strong reading, as the pair is almost unchanged on the day. 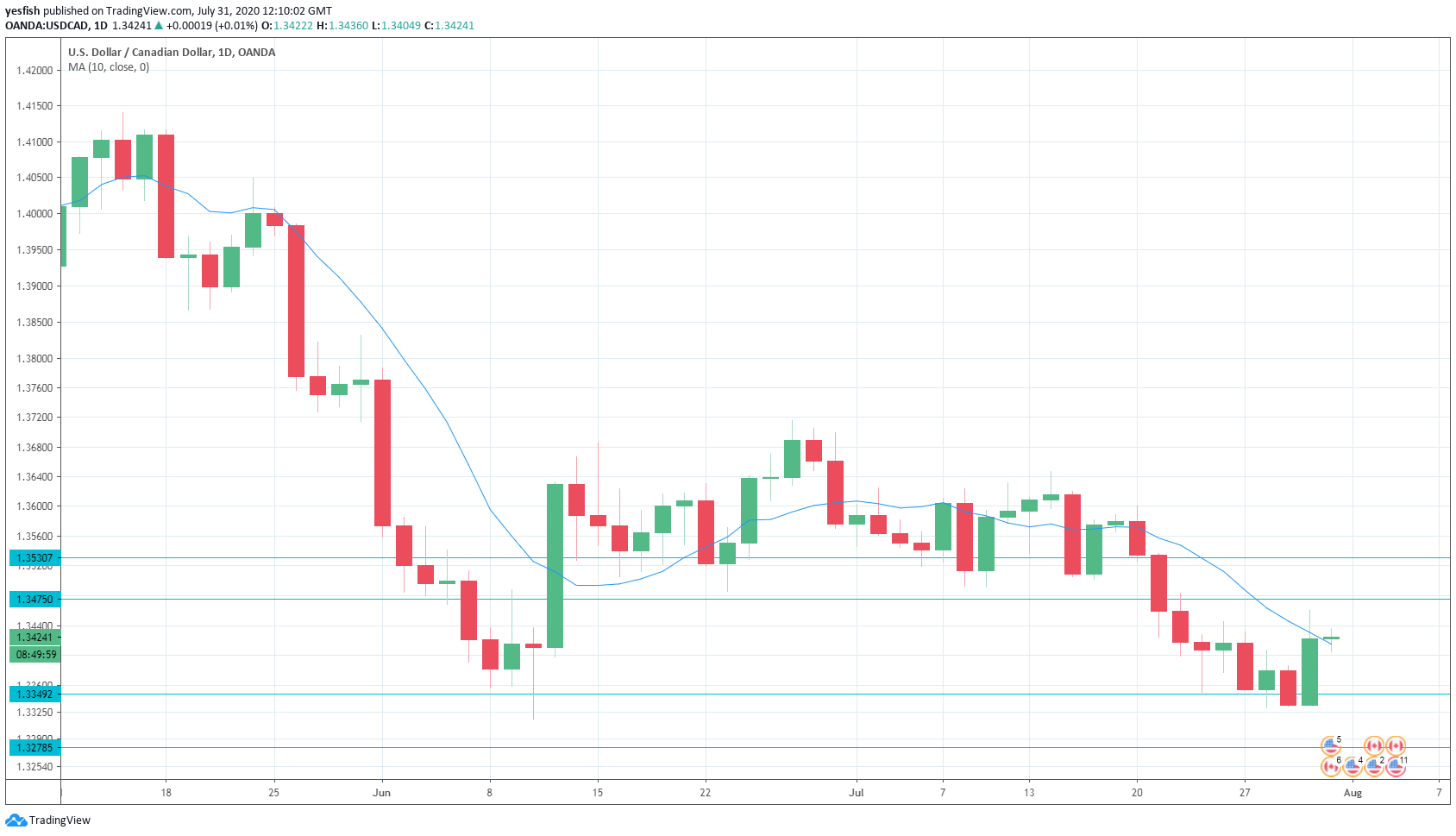 USD/CAD moved slightly upwards in the Asian session but then gave up these gains. The pair was flat in European trade and has shown limited movement in the North American session.

This article is for general information purposes only. It is not investment advice or a solution to buy or sell securities. Opinions are the authors; not necessarily that of OANDA Corporation or any of its affiliates, subsidiaries, officers or directors. Leveraged trading is high risk and not suitable for all. You could lose all of your deposited funds.