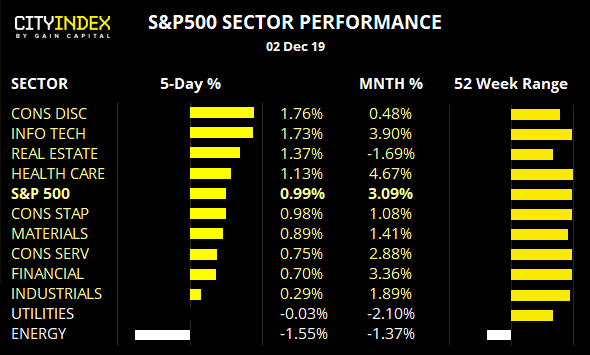 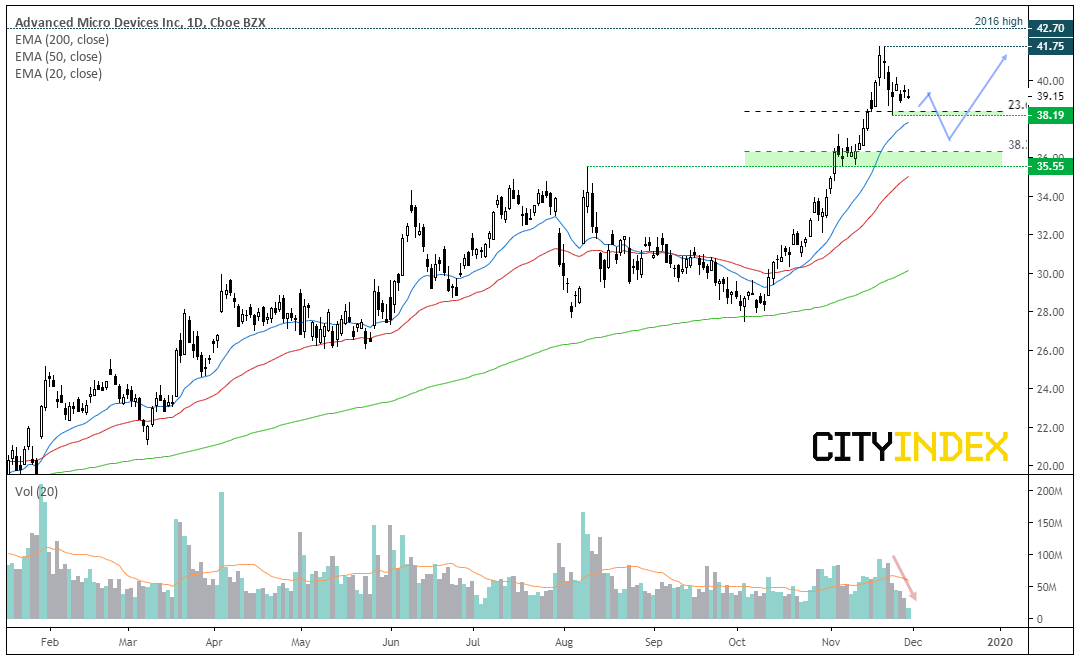 Advanced Micro Device CFD/DFT: A performing stock in a performing sector, Advanced Micro Devices Inc (NASDAQ:AMD) has rallied an impressive 112% year to date. Since touching a record high of 41.75 in November, prices have moved lower but on thinner volumes to suggest the move is corrective, so we’re looking out for new level of support to build before it breaks to fresh highs. 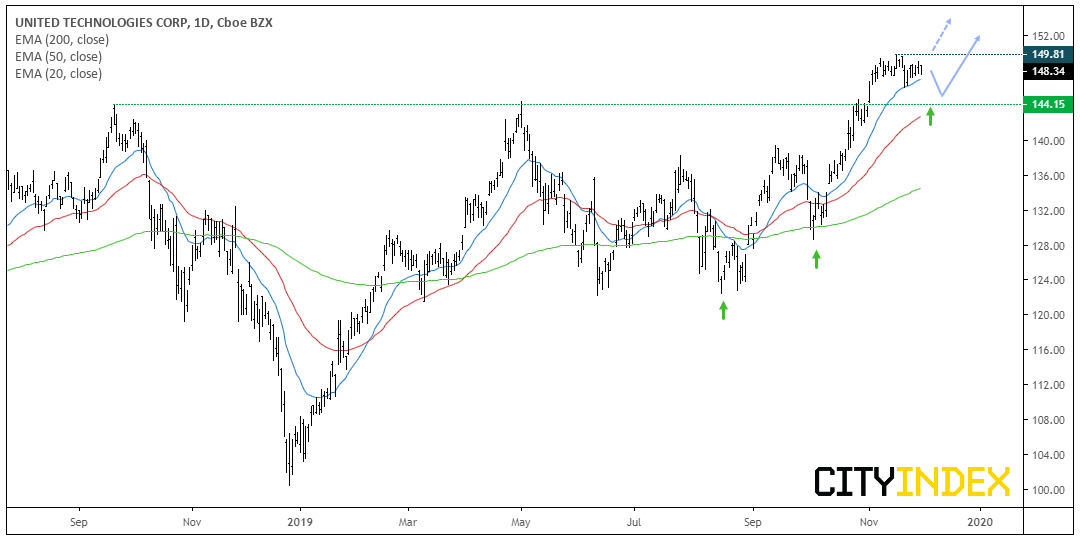 United Technologies Corporation (NYSE:UTX) CFD/DFT: Prices are consolidating just below record high, and the 20-day eMA is providing support. At the beginning of November we saw a break of key resistance around 144, and the bullish trend from the September low appears to be an impulsive wave. Due to strength of momentum leading into the current consolidation, we expect prices to eventually break higher.

Apache Corp (NYSE:APA) CFD/DFT: The S&P500 Energy index is the worst performing sector over the last 12 months (and the only one to trade lower over this period). At -15.1% YTD, Apache is not the weakest is underperforming relative to the sector although no oversold to the point it could not go lower from here.

A series of lower highs below 38 shows bearish momentum is building and last Friday’s bearish candle suggests prices could be headed lower.

NiSource Inc (NYSE:NI) CFD/DFT: Momentum since the 2019 high has been predominantly bearish, with losses coming quite hard and fast. Support was recently found at the February low around 26, and prices have retraced higher although last Friday’s bearish hammer suggests the corrective. That the bearish hammer stalled beneath the 26.38 resistance and 38.2% Fibonacci levels adds further weight to the corrective move nearing its completion.