Samsung’s Breakaway Gap – The Beginning Of Something Larger?

Samsung’s Breakaway Gap – The Beginning Of Something Larger? 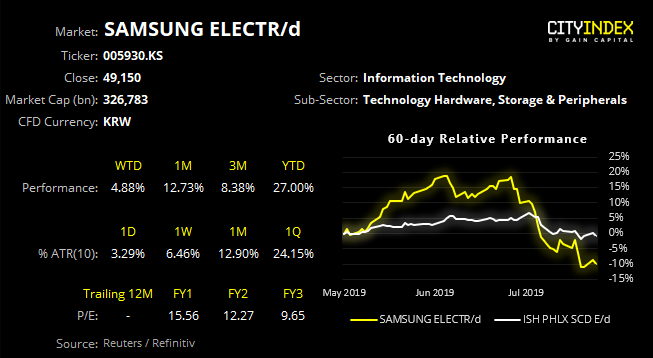 A bullish breakout gap from a multi-month reversal pattern suggests Samsung’s run could just be getting started. 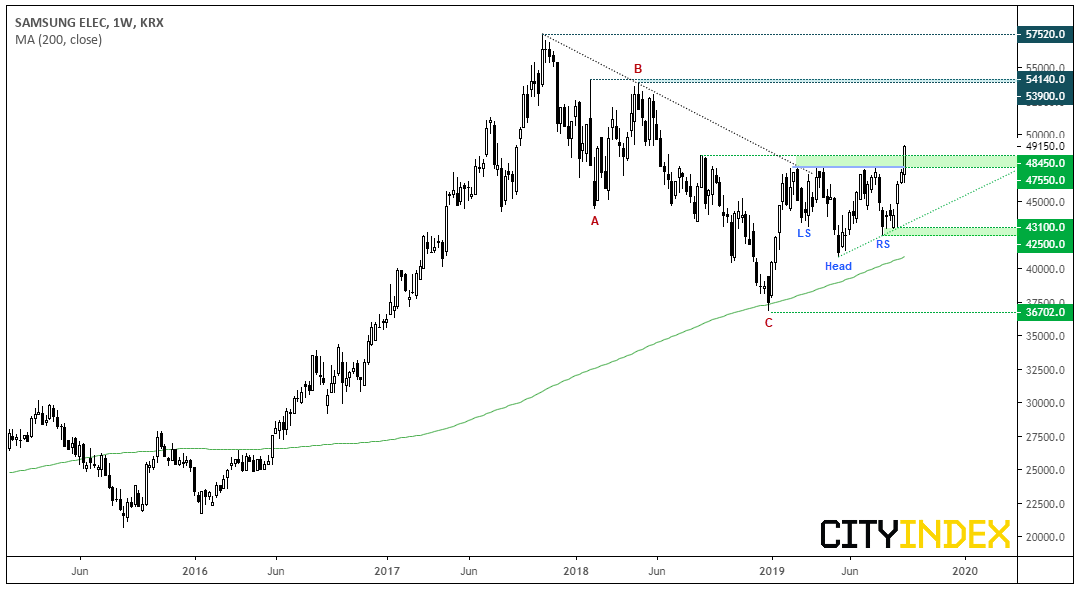 Starting on the weekly chart, Samsung (KS:005930) enjoyed a strong bullish run throughout most of 2016 to 2018, before embarking on a 15-month correction. Coming in three distinct waves, the ABC retracement appears to have terminated at 36,850, having found support at the 200-week MA in December and bullish momentum is now back in control.

Two higher lows have formed as part of an inverted head-and-shoulders pattern which, if successful, projects an initial target just above the 2018 highs. This week’s breakout has confirmed the bullish reversal pattern, although if we have indeed seen the end of the 15-month ABC correction, it should be breaking to record highs over the coming months. And assuming the head is the end of wave 2 retracement, this week’s breakout assumes we’re now in a iii or 3 wave. 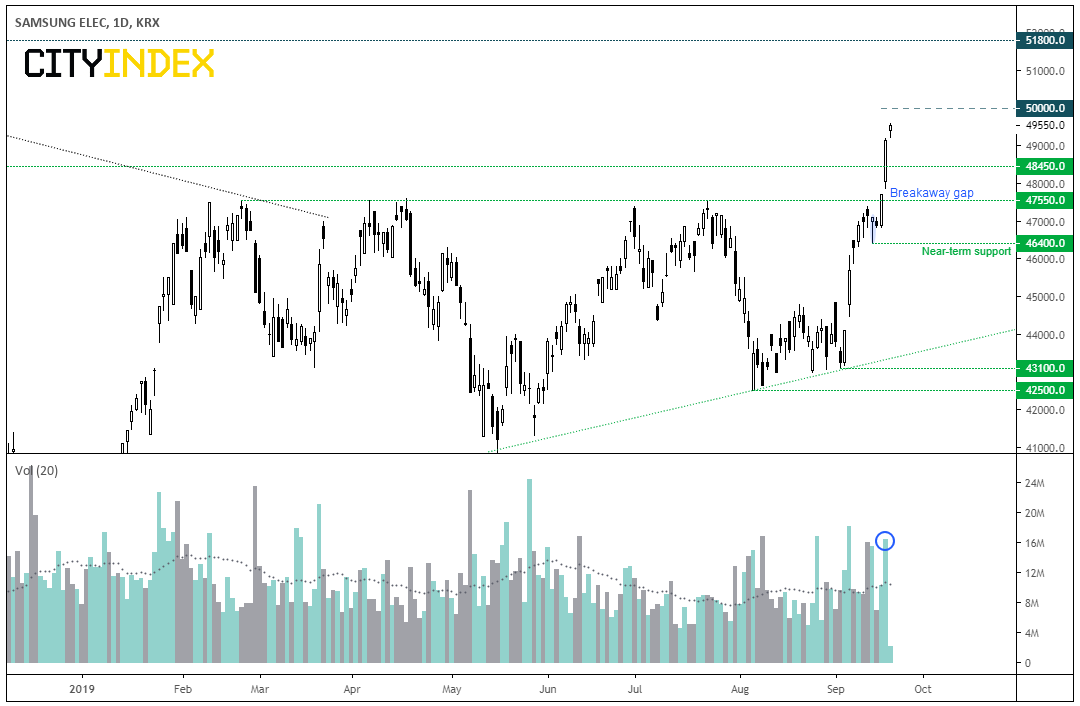 Switching to the daily chart shows just how strong bullish momentum is. A small bullish hammer shows a minor pullback to 46,400 ahead of a daily close above 47,750 which confirmed the head and shoulders reversal. However, a breakaway gap on above-average volume saw prices explode higher to close above 49,000 yesterday and today’s price action has also gapped higher. Granted, we could find interim resistance around 50k but, given the strength of the breakout, we don’t envisage yesterday’s gap to be filled.