US futures for the S&P500, Dow Jones, NASDAQ and Russell 2000, as well as European stocks were all lower on Thursday, pressured by disappointing corporate results and poor economic data, which have overshadowed Wednesday's Fed affirmation of continued support.

As well, the global COVID-19 pandemic continues spreading. Confirmed cases hit 17 million world-wide, with a death toll over 667,000. Deaths in the US have topped 150,000, almost a quarter of the entire world’s fatalities.

Gold and oil are lower. The dollar has eked out a slight gain at time of writing.

On Wednesday, the US Federal Reserve handed investors a double-edged sword. The central bank reaffirmed its commitment to maintain stimulus, as the economic outlook dims with the resurgence of the coronavirus. Fed chief Jerome Powell admited the Fed is paving a path that is “extraordinarily uncertain.”

Stocks rallied after the statement.

We've been criticized for having not properly acknowledged the equity market rally from the March bottom. And, let’s not sugar coat it—it was the market's best performance in decades. But to be clear, we still don't believe a V-shaped recovery is a likely outcome amid the worst global pandemic in century which has locked down the US economy.

This morning, Germany's Q2 GDP print—which came in at -10.1%—indicated the depth of the fallout. It was the steepest plunge on record for the EU's economic engine. And this afternoon's US GDP release is expected to show an even more severe contraction.

US contracts this morning are all in the red, suggesting underlying benchmarks will erase yesterday’s gains during today's Wall Street session. The STOXX Europe 600 plunged, dragged lower by automobile manufacturers and banking firms in the first hour of trade, to the lowest level in three week.

The Asia session was mixed. Australia’s ASX 200 outperformed, (+0.75%). Bargain hunters bought the dip on technology and consumer staples shares as coronavirus cases in the land down under escalated. It's noteworthy that the favored sectors were those that tend to do well during lockdowns.

Japan’s Nikkei retreated, (-0.25%), after the virus hit Tokyo. News is stating that restaurants and bars will have to shorten opening hours.

Yields, including for the 10-year Treasury, fell for the third straight day. 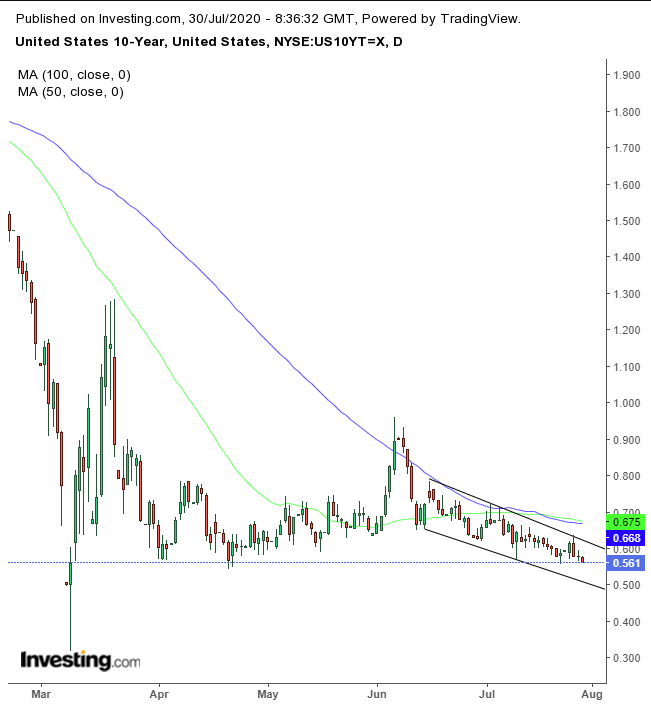 As forecast on Tuesday, rates fell after finding resistance by the falling channel top—including during yesterday’s equity rally—reaching their lowest level since March 9, second only to the March 8 record low.

The dollar trimmed most of its post-Fed selloff. 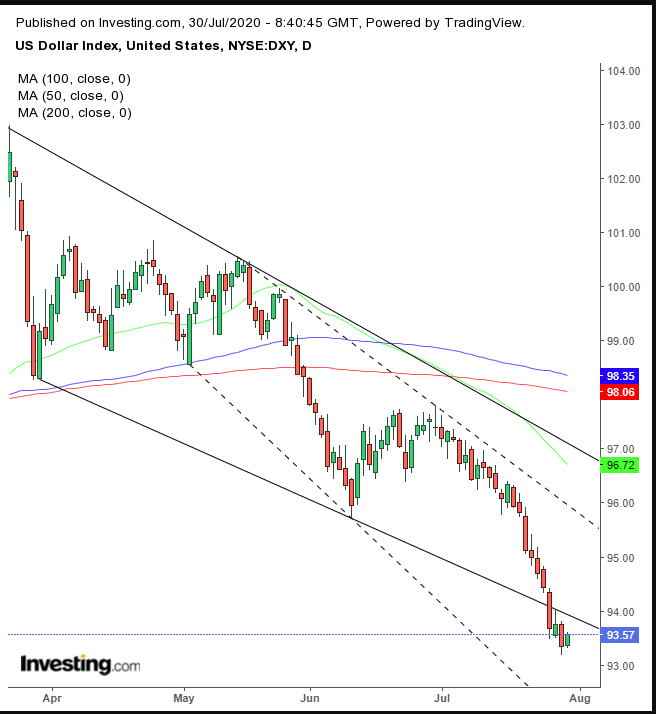 However, the odds are against USD bulls, after the currency fell below the channel. Yesterday, the greenback touched the lowest point since May 2018 and is still at the lowest level since June 2018. 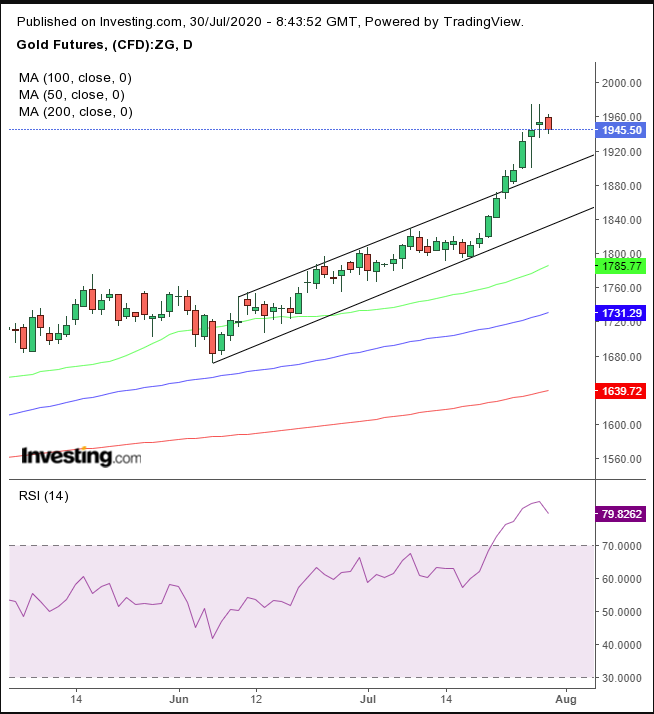 With the RSI curving down from the extreme overbought 80 level, the highest in years, we could expect a pullback to retest the rising channel top at $1,920.

After the biggest drop in US inventories since 2019, counterintuitively, oil fell below $41. 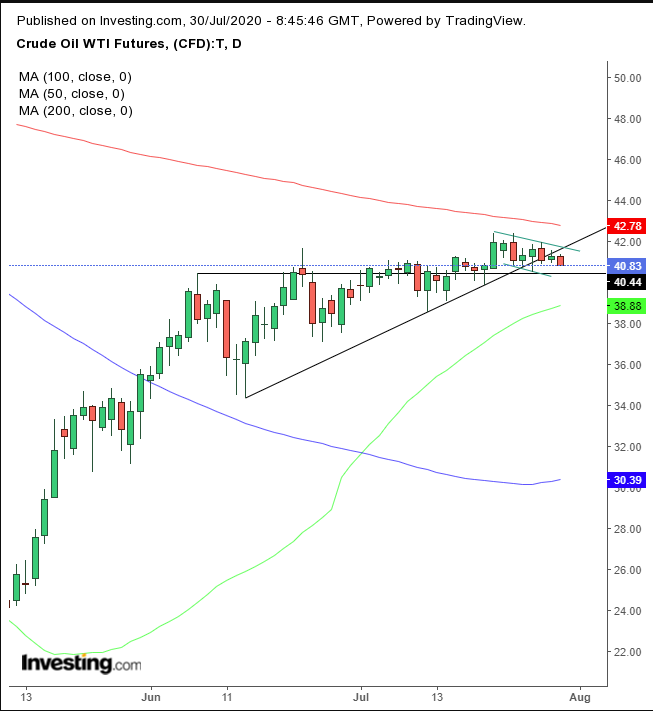 Still, WTI continues to hold above $40, for the 15th straight session. The commodity is trading within a falling flag, bullish after the ascending triangle.