US contracts, including for the Dow, S&P, NASDAQ and Russell 2000, and European stocks advanced on Wednesday as dip buyers try to build upward momentum after witnessing on Monday the sharpest equity selloff since before the March bottom.

Comments from Chicago Fed President, Charles Evans, on Tuesday helped to boost the dollar during Wednesday's Asian session. Evans, who is due to become a voter on the Federal Open Market Committee in 2021, clarified the Fed's strategy on inflation when he said that it allows for interest rate hikes before inflation hits 2%.

Investors are inundated with multiple conflicting themes—improving economic data while the Fed warns of a slowing recovery, the dollar’s strengthening as a haven asset amid a bleaker view of the coronavirus pandemic, which is also offset by the positive economic data.

We expect considerable volatility to continue, driven by acrimonious Congressional partisan rhetoric on the US stimulus package ahead of the already-polarizing November elections.

Although all four US indices closed in the green on Tuesday, this month is proving to be the worst September in 18 years. Even disappointing news after Tuesday's close from Tesla (NASDAQ:TSLA) failed to stop the buying, with NASDAQ futures up in Wednesday pre-US market trading.

The electric car maker's Battery Day was anticlimactic. Shares declined on Tuesday night in after-market trading, as investors realized that affordable electric cars are farther down the road than originally thought, as they are dependent on numerous technological breakthroughs.

The Stoxx Europe 600 Index surged over 1.0%, ahead of key economic data in the region on Wednesday morning. The Eurozone PMI for September revealed a mixed recovery—although manufacturing beat estimates, services fell short, turning to contraction. 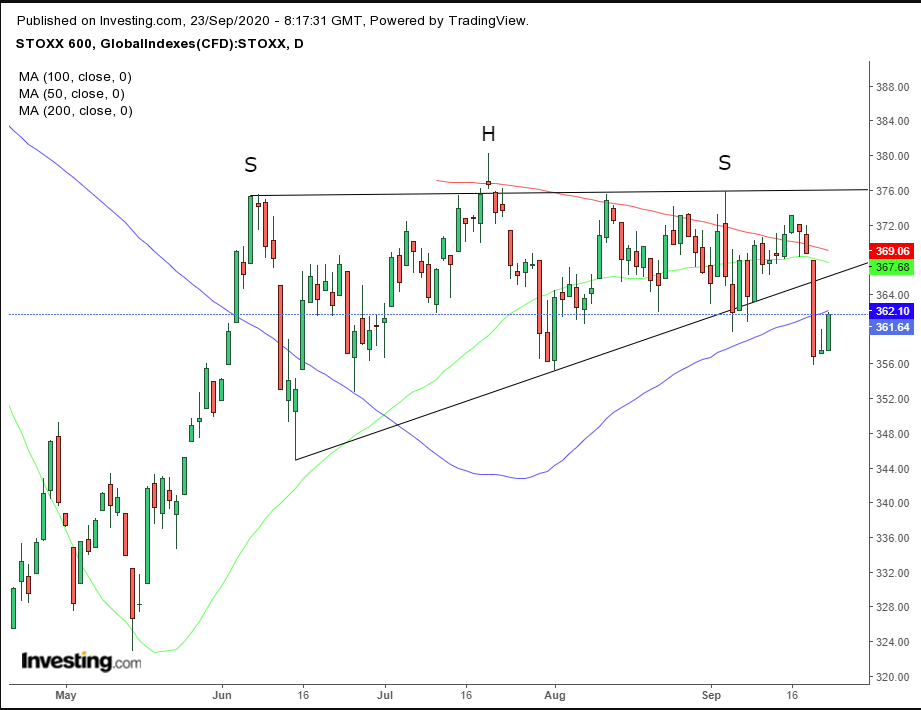 Technically, the rally may be too little, too late, after having completed either a descending triangle or an upsloping H&S—both with the same bearish implications, rendering the current rally a return move on a short squeeze and a short term view that misses the big picture.

Most of the major Asian indices were up, with Australia’s ASX 200 besting the competition, surging 2.4%, its biggest daily advance in over three months, after a four-day selloff rendered Aussie stocks the cheapest in three months. 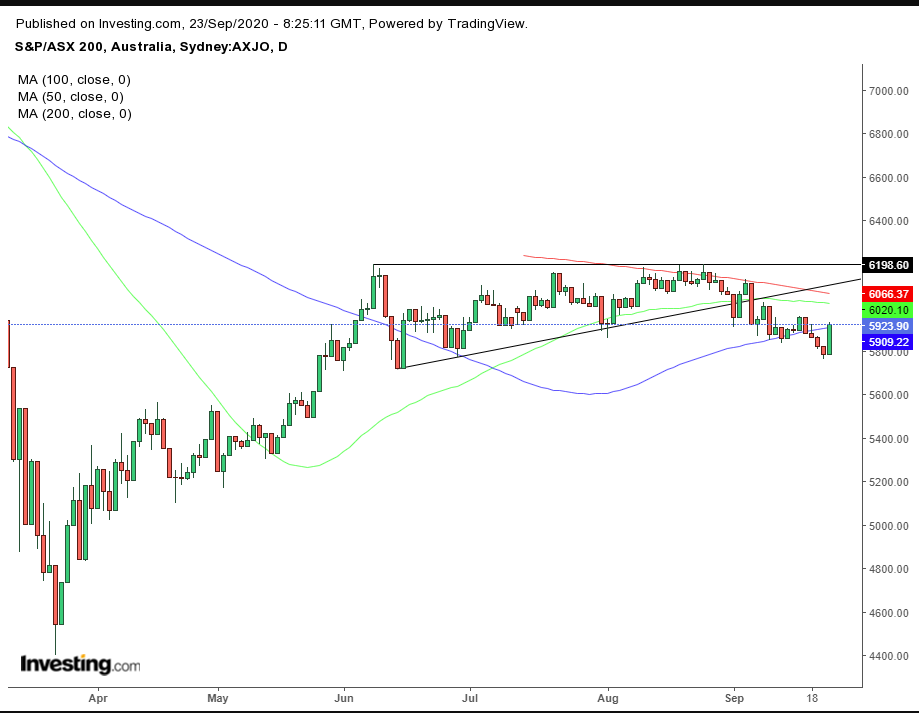 Technically, however, much like the pan-European benchmark, the ASX 200 rally is considered a return move after completing a descending channel. The pattern’s downside breakout pulled the 50 DMA below a falling 200 DMA—a bearish signal. 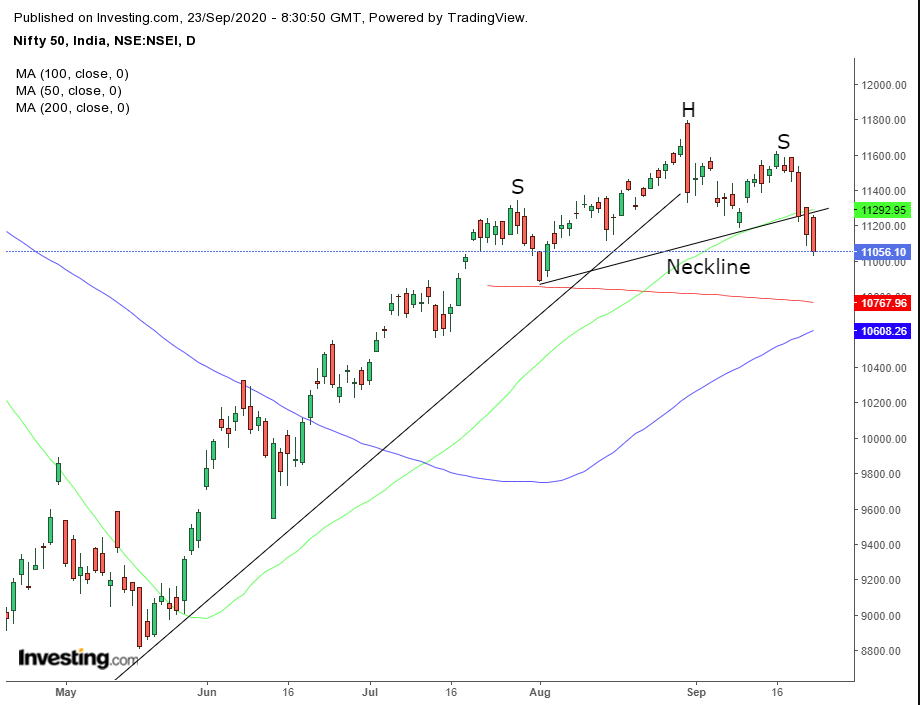 The index is possibly completing a 2-month upsloping H&S top, whose neckline was supported by the 50 DMA, with the 200DMA racing the price down.

Yesterday on Wall Street, bargain hunters continued buying into Monday's selloff on improving sentiment despite worries over the coronavirus pandemic and a slower outlook for economic recovery.

Yields, including for the 10-year Treasury, declined to a three-week low, boosting the buck to its fourth straight advance as a haven amid the pandemic.

The dollar bottomed, forming a short-term uptrend, within the medium-term downturn, after falling out of a long-term uptrend. 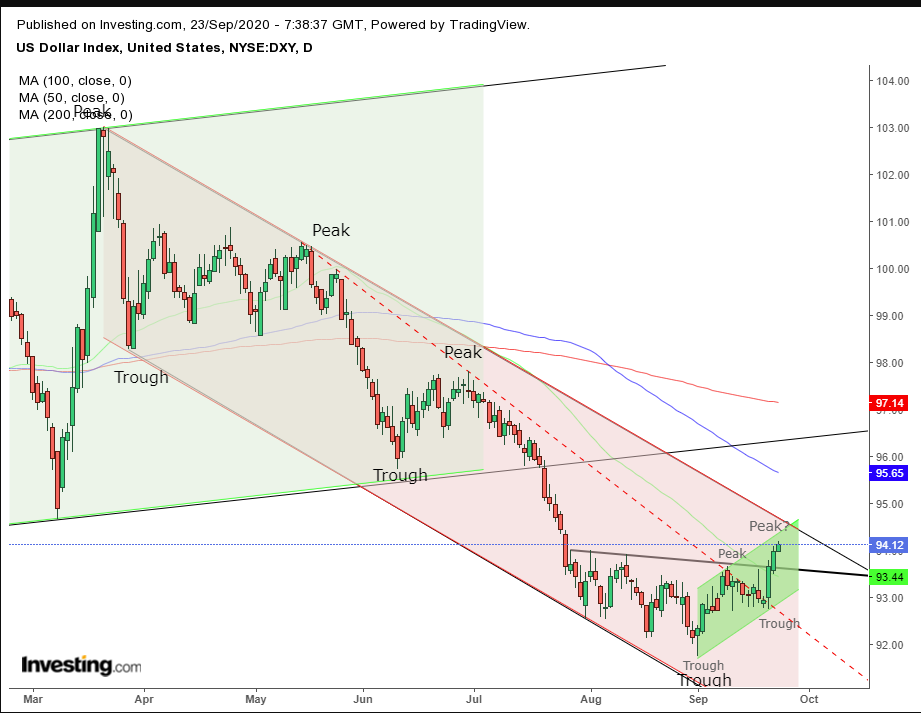 Dollar strength weighed down on gold, blowing out a symmetrical triangle, presumed bullish in an uptrend. 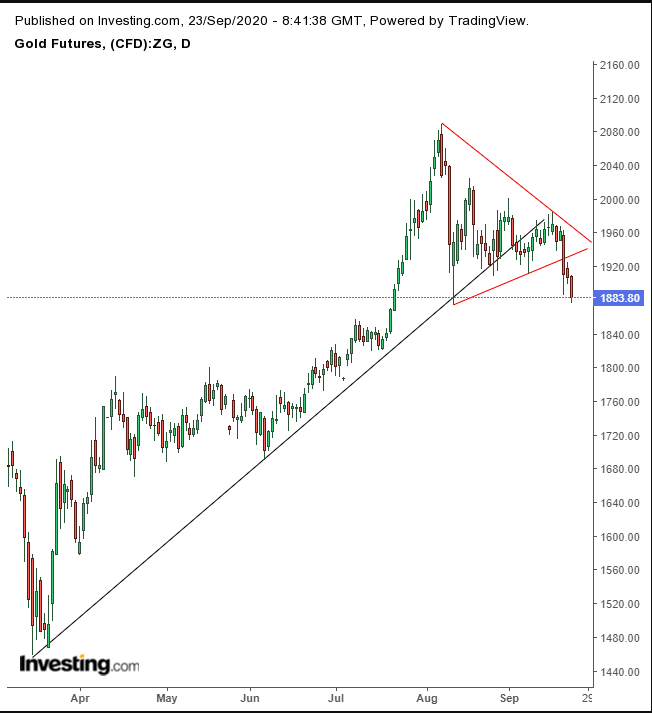 The long-term trend for the yellow metal remains up, despite analysts' short term outlook dimming.

Oil rebounded from a loss to extend an advance to the second day, as dip buyers battle bears on demand concerns amid the worst global pandemic in 100 years that has been keeping cars parked and planes grounded. 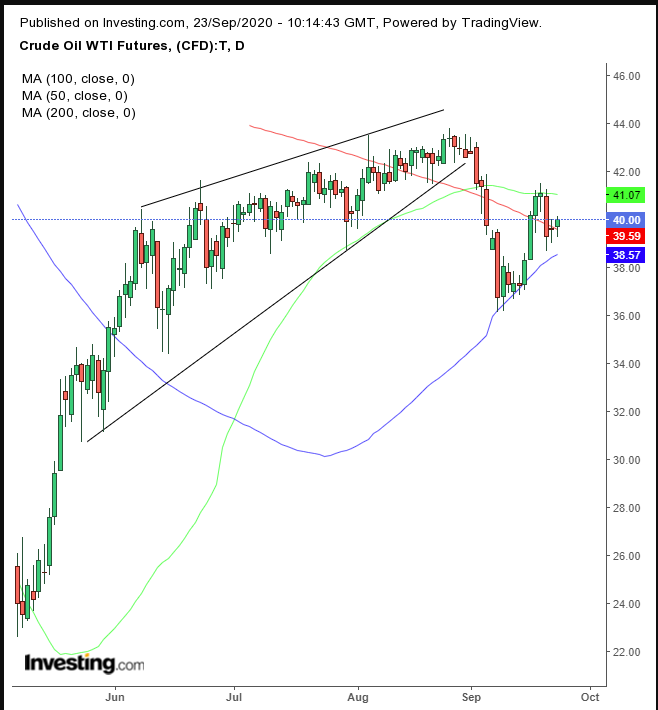 From a technical standpoint, another decline jfor WTI is more likely after completing a bearish rising wedge.