We finally got the rate increase this past week and the Federal Reserve says there are 3 more to come in 2017.

That will only hold true if markets and stocks remain strong and so far, they are.

This rate increase has been fully baked into the cake for a very long time and markets only gave us a brief dip buying opportunity on the news before turning higher once again.

The metals were hit hard on the actual news, but as we’ve seen repeatedly after Fed news, the move is usually a counter-trend move and rarely lasts more than 3 days. 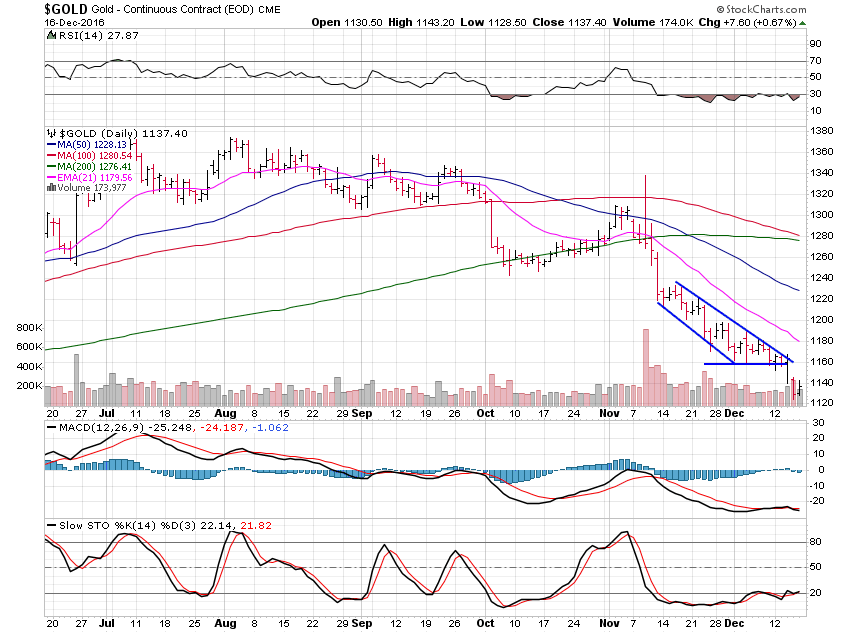 That said, let’s check into the charts who are holding at support levels, for now.

Gold lost 2.11% as the bearish wedge pattern worked as it should have.

Support on the monthly chart sits at $1,115 and below that is the major resistance level of $1,000 which may well be tested after-all.

The real acceleration lower in gold remains over but we may test $1,000 and see how it goes.

So far, my thinking is we will hold the $1,115 level and build a base from which to move higher but only time will tell. 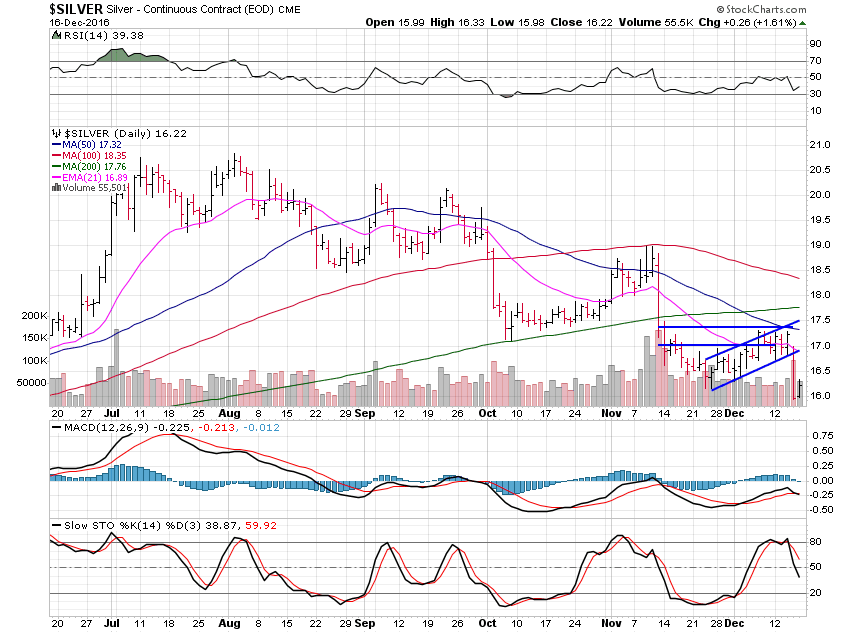 Not great action to be sure, but it’s on Fed news so shouldn’t last too long.

Silver was smashed to the tune of 4.43% even though is has a small rounded base which pointed to higher.

I’ve been talking to subscribers for the past week or so about the conflicting bullish silver pattern, contrasted by the bearish gold pattern and gold has clearly won this battle.

$15.90 is support on the monthly silver chart but if that fails then we have to look at the next support level down at $13.80. 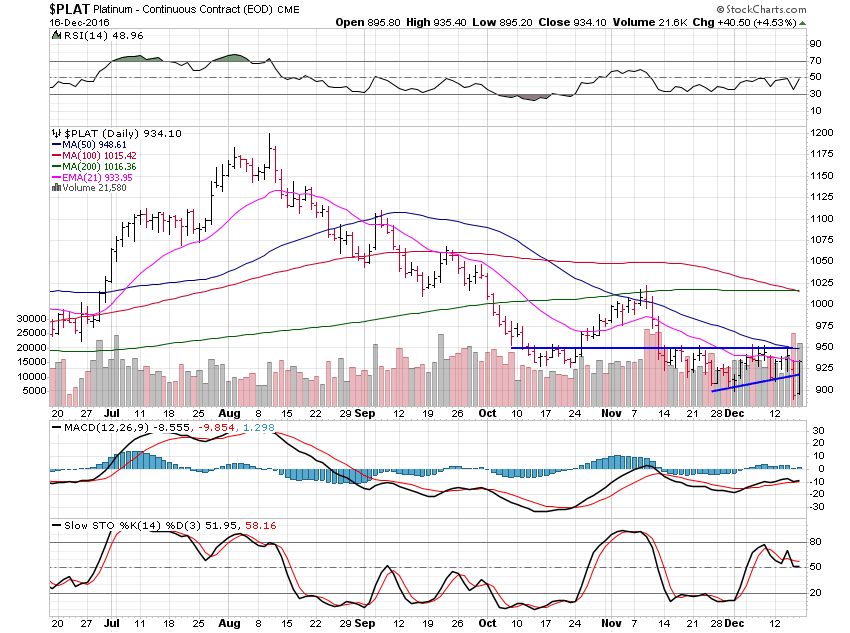 Let’s hope for the best, but trade the reality.

Platinum gained a respectable 2.09% thanks to a strong and key move Friday.

Platinum broke the uptrend line hard on heavy volume but then Friday saw that reverse which is a good sign.

Seeing platinum hit and hold the $900 support level is positive for gold and silver.

Once upon a time in the earlier part of this century platinum led gold and silver, perhaps we are seeing this trend beginning again but it’s too early to say for sure. 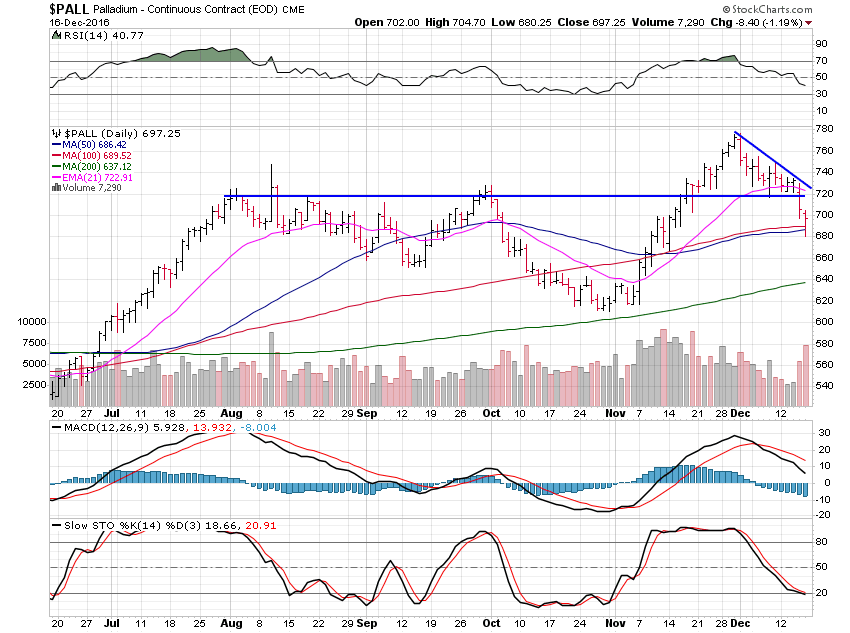 The good news is we held the 100 and 200 day moving averages and may have a quick low in place now.

Seeing palladium move back above $720 would confirm this and be a buy level.

It’s such a busy time of year, but fun!

I doubt I’ll have a weekend letter next weekend, or the next, so I do hope to see you back here, in a stronger metals market, in the New Year and you can always subscribe to get my much more frequent views on the metals along with leading sectors and leading stock buy points within those sectors.