Fed Minutes: Upbeat Economic Forecast Based On Stimulus Likely To Not Happen

Fed Minutes: Upbeat Economic Forecast Based On Stimulus Likely To Not Happen

When they made their upbeat economic forecasts last month, Federal Reserve policymakers said they presumed there would be additional fiscal stimulus from Congress—a condition that appears less likely to be met after President Donald Trump broke off talks to find a compromise on a broad stimulus package.

The September projections of the FOMC members had heartened investors. They softened their estimate of this year’s decline in GDP to 3.7% from a 6.5% drop at the June meeting. They also lowered their forecast for unemployment to 7.6% for 2020 from 9.3% at the earlier meeting.

Both of those projections are now in doubt after the ongoing stalemate in talks prompted the president to call a halt to the effort. Democrats led by House Speaker Nancy Pelosi were holding out for $2.2 trillion in further aid, which included federal funds for state and local governments. Republicans, represented by Treasury Secretary Steven Mnuchin, balked at the aid for governments and set a ceiling of $1.6 trillion for the package.

Subsequently, the administration has held out the prospect of piecemeal measures, one-off deals for aid to airlines or another round of checks for individuals, but there seems to be little chance even for those prior to the election.

The five members of the Federal Reserve Board and the 12 regional bank presidents who make up the committee also discussed what kind of forward guidance they should give for the flexible policy on inflation announced in August, which rules out preemptive rate hikes to head off inflation.

Most participants favored an outcome-oriented guidance on when rates might be increased. 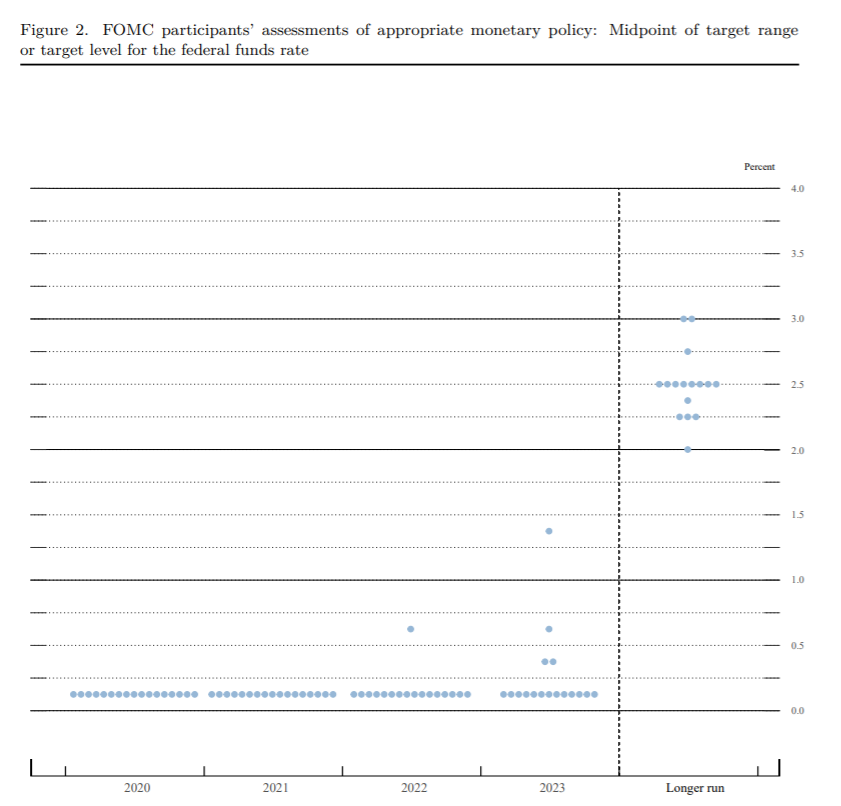 This led to the consensus statement that rates will be held at their current level of near zero until:

"...labor market conditions were judged to be consistent with the committee's assessments of maximum employment and inflation had risen to 2% and was on track to moderately exceed 2% for some time.”

In the event, two of the 10 voting members dissented.

Dallas Fed chief Robert Kaplan wanted more flexibility for the committee in the guidance, while Minneapolis Fed chief Neel Kashkari wanted a firmer commitment on inflation running above 2% on a sustained basis.

The policymakers postponed further discussion of the Fed’s asset purchase program to “future meetings” after agreeing to continue the current monthly rate of $80 billion in Treasury securities and $40 billion in mortgage-backed securities and to add language to the consensus statement that the purchases are “accommodative” and not made just to keep markets functioning.

Investors are looking for clarification on a possible move to longer-term securities from the current mixture of maturities. The minutes hold out the prospect that the Fed will increase its purchases or alter the mix at the two remaining meetings this year, November 4-5 and December 15-16.

However, the November meeting, scheduled unusually for a Wednesday-Thursday because of Election Day on Tuesday, Nov. 3, may take place before the results of the election are known.

A massive increase in mail-in ballots because of the coronavirus pandemic is expected to slow counts in many states and may leave the outcome of an Electoral College vote up in the air. That won’t make the next discussion any easier.