Aurora Cannabis: Is It A Blip Or A Bounce?

Aurora Cannabis: Is It A Blip Or A Bounce?

Shares of Aurora Cannabis (NYSE:ACB), (TSX:ACB) refused to follow the analysts’ script yesterday and showed they had bounce, closing the day up more than 3%. The trajectory is a reversal of how the stock was moving late last week after two analysts downgraded their ratings and price targets. The test now will be to see whether that bounce was just a blip.

At the end of last week, the Edmonton-based cannabis grower's stock posted a double-digit loss after the downgrades to sell: the reason for which basically came down to cash – or the company’s lack thereof. 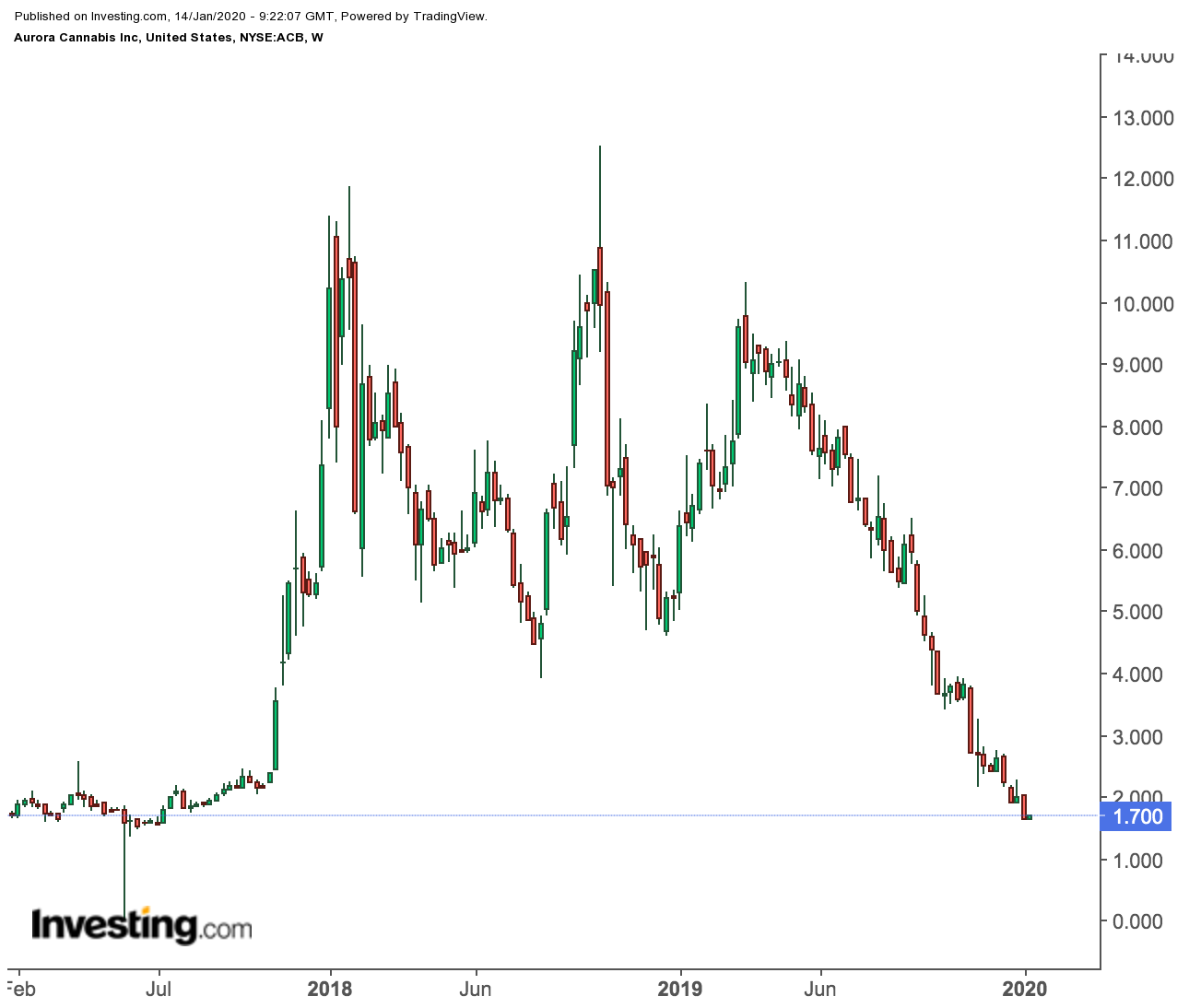 The first to make the move was Piper Sandler analyst Michael Lavery last Thursday. According to reports, he wrote a note to clients predicting the target price for the stock would hit US$1, a significant drop from the previous mark of US$3. The investment bank said it did not believe Aurora would achieve a positive cash flow until well into fiscal 2021 and would have to refinance its debt. Aurora closed that day at US$1.86 (C$2.42).

The following day, the stock price went even lower, hitting US$1.67 (C$2.18) shortly after the Friday open.

That is when BofA Merrill Lynch analyst Christopher Carey weighed down on the stock. He reportedly claimed the company’s balance sheet was showing signs of increasing weakness. The reaction to that came quickly. At the close last Friday, the stock was at US$1.65 (C2.15).

The stock continued its downward slant yesterday, but reversed in afternoon trading, finishing at US$1.70 (C$2.22), gaining about 3% on the day.

It is interesting to note that as of yesterday, Cantor Fitzgerald analyst Pablo Zuanic maintained his buy rating with a target price of $3.83.

Green Thumb Cashes In On Legalization In Illinois 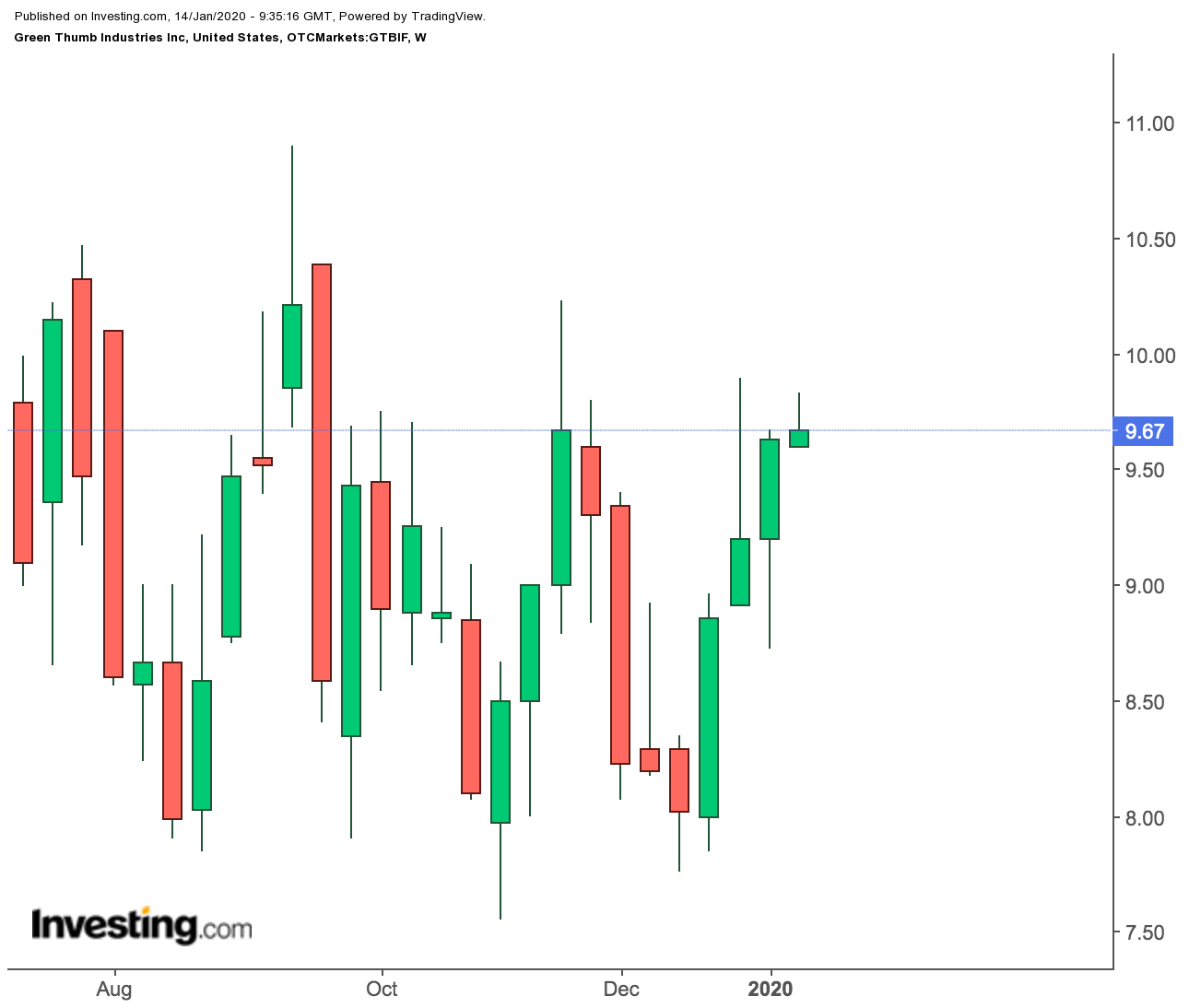 Since the close just before the Christmas holiday, Green Thumb has gone from US$8.38 (C$10.94) to close yesterday at US$9.67 (C$12.65), a slightly more than 15% gain – not quite a unicorn in the cannabis sector these days, but a rarity for sure. But this uptick is new. The stock has had a rough ride. Like many in the sector, it still is not close to regaining its footing to where it was in the first half of 2019.

Green Thumb has a footprint in 12 states, operates 13 manufacturing facilities and has 96 retail locations, including its seven newest stores in Illinois.